Instructive weekend for Giorgio Maggi at the Red Bull Ring 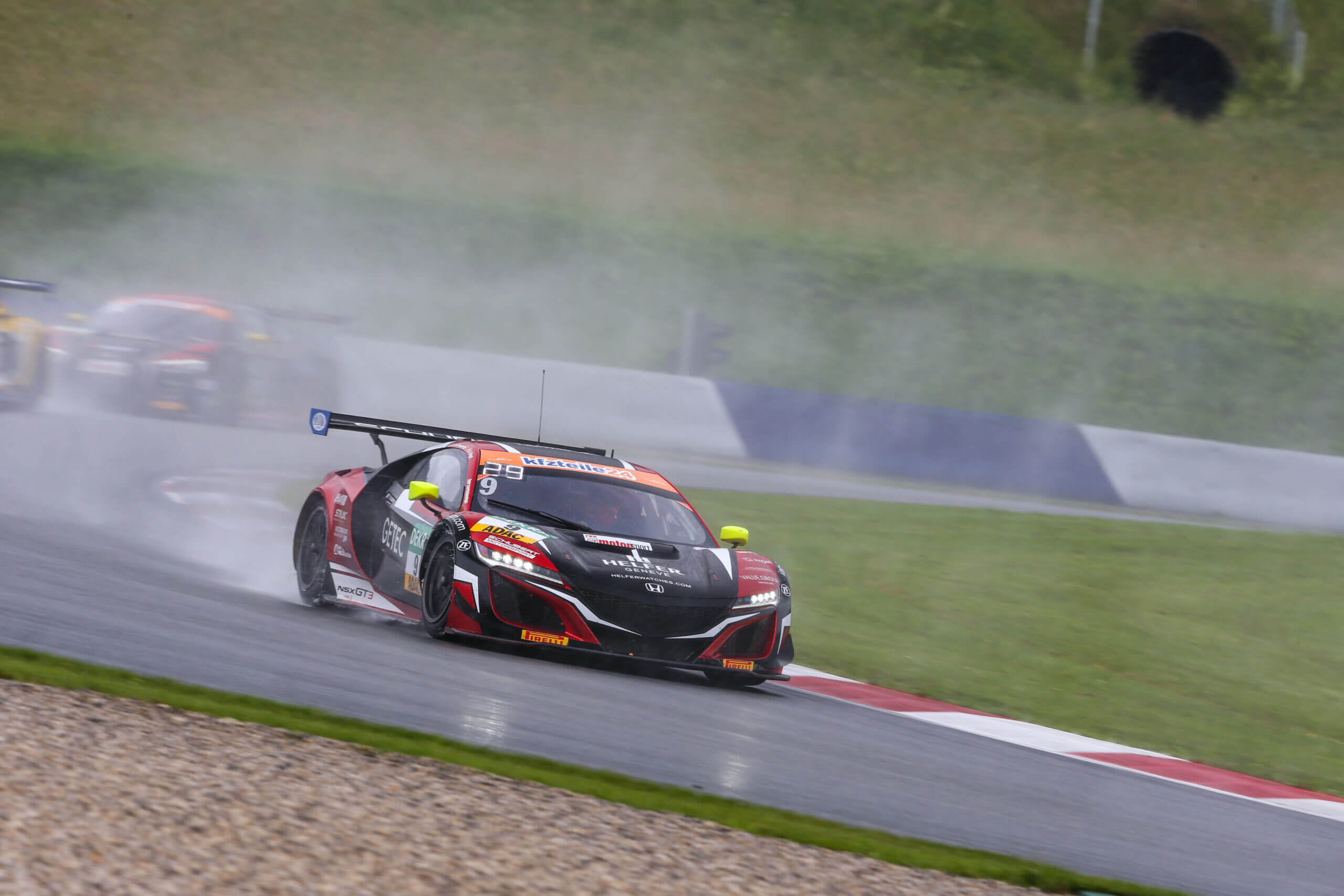 Giorgio Maggi continues on a steep upwards learning curve in the fiercely contested ADAC GT Masters. On the Formula 1 track at Spielberg (Austria), the Swiss 20-year-old not only had his best qualifying session to date but also, together with co-driver Christopher Dreyspring, his best race result. In addition, the two of them notched up their first points in the Junior classification.

The Honda Team Schubert Motorsport duo finished the Saturday race at the Red Bull Ring in 17th place, missing out on the points-scoring positions by only six seconds. Another highlight for the two series newcomers was seeing their name in eleventh place on the timesheets in the second free practice in a field of 35 super sports cars.

In the second race on Sunday, Maggi faced a major conundrum with the early onset of rain. Without any previous experience of such conditions in the ADAC GT Masters, he had to decide if and when it made sense to switch to rain tyres. Maggi went for the safe option and headed for the pits. Unfortunately, it was a choice that did not quite pay off, because many of the other drivers stayed out on slicks. Ultimately, Maggi and Dreyspring had to settle for a disappointing P26 finish. But the upside is that he now has experience of driving in inclement conditions, which he can call upon next time he finds himself in a similar situation.

Experience that might well come in handy on the fourth race weekend of the 2018 ADAC GT Masters at the Nürburgring, because the track in the Eifel is known for its capricious weather. Maggi will be back in the cockpit of the Honda NSX GT3 on the weekend of 3rd – 5th August.

With P17 in Race 1, you’ve had the best result of your debut season so far…
Yes, the race was terrific fun. It was fantastic to be battling it out with celebrity drivers such as the DTM’s Jamie Green. Christopher got off to a good start and took us up from P16 to P14. The driver change went smoothly. When I emerged onto the track, I immediately found myself in a scrap with an opponent. Unfortunately, he was a bit faster and so got past. After that, I was involved in further jostling for position. I pulled off a cool overtaking move in which I left two opponents behind at the same time. Towards the end of the race, I noticed that the front tyres had already lost a lot of their performance. The brakes were also showing signs of wear, which meant I wasn’t able to corner optimally. I came under pressure from behind and got pushed by another car. As a result, I fell back from what would otherwise have been a strong twelfth place. On the penultimate lap, I made good one of the positions I’d lost, but unfortunately, that was as much as we were going to get.

On Sunday, you had your best qualifying result so far. Were you satisfied with it?
Not completely. It was difficult: I lost time, especially in the first sector. In the second and third sectors, I was good, although not quite perfect. If I had got all three sectors together, it might have been good enough for 18th instead of 29th. But the margins in the ADAC GT Masters are so tight that a few tenths make a huge difference.

The changeable conditions in the Sunday race were something new for you as a rookie. How well do you think you coped?
It was a chaotic race. I had been hoping that it would rain from the beginning, because then things might have looked different. The start went pretty well. But unfortunately, I then lost a lot of places on the second corner. I wanted to go round on the inside to avoid being pushed out, but I got stuck in traffic. When the rain started, it was very difficult to judge how much you could push. I had the windscreen wipers on maximum, so it really was raining quite a lot. As a rookie, I simply do not have the experience of driving this car on slicks in the wet. As the rain got stronger, I decided to pit and put on rain tyres. I went two laps earlier than most of the others to avoid congestion in the pit lane and to bring the tyres up to temperature before any of the others. Unfortunately, this tactic did not quite work out, and we fell back down the field. I had good pace on the wet tyres, although I was also getting a lot of understeer. As a result, I didn’t always find the perfect racing line.

The next race in the ADAC GT Masters takes you to the Nürburgring, a track you are already familiar with…
The last time I was there was in 2017 for the VLN. Unfortunately, we only use the short configuration in the ADAC GT Masters. I’m really looking forward to this fabulous track. It is difficult to say if the Nürburgring will suit the Honda. Probably not, because we know that we are better on fast corners, whereas the Nürburgring has mainly medium-fast and slow turns. Having said that, though, it will be a good opportunity to work on setting the car up for this type of corner.