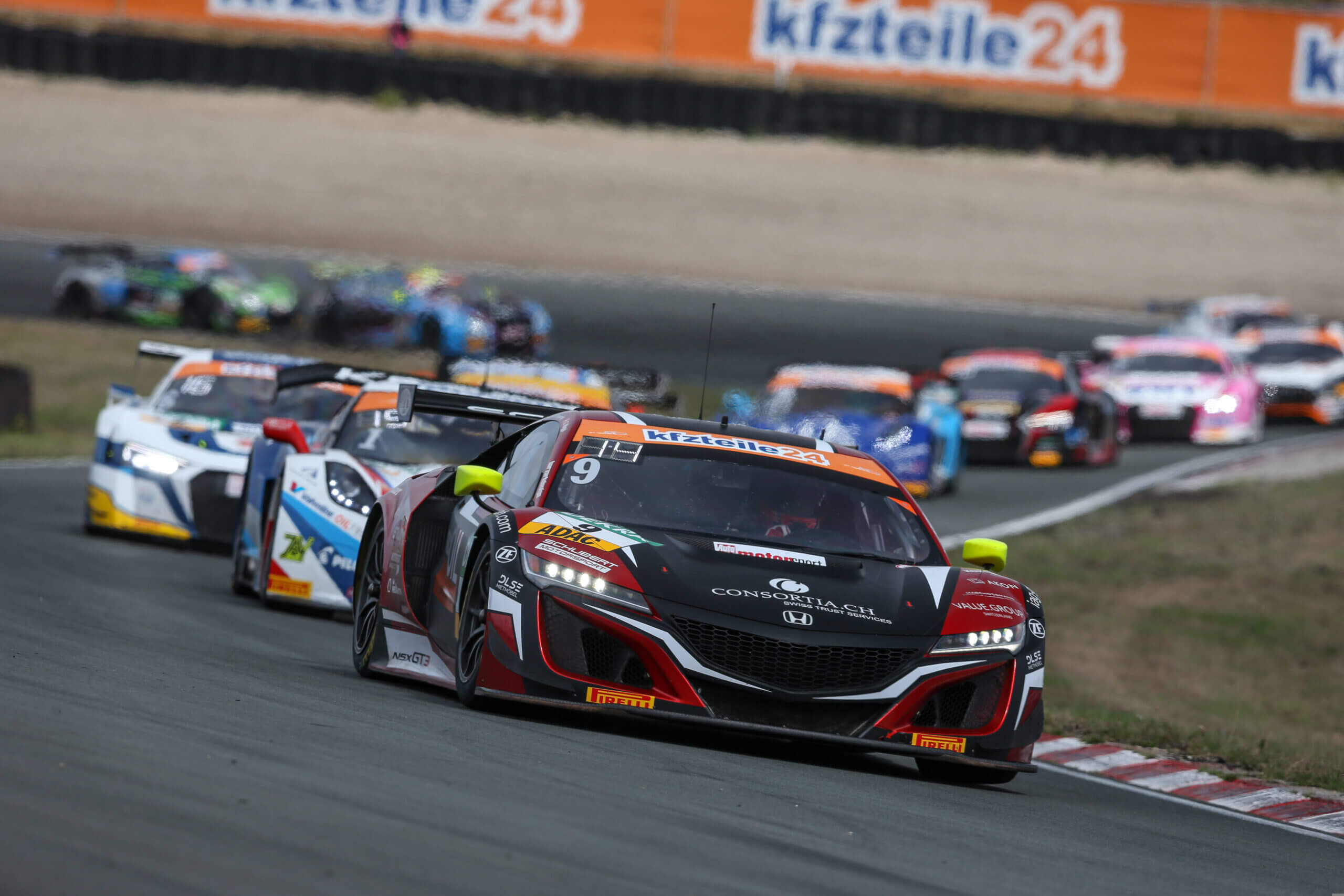 Swiss driver Giorgio Maggi had a lot to live up to during the fifth meeting of the ADAC GT Masters season at Zandvoort last weekend, racing in front of more than 13,000 spectators. He had to repeat his successful performance from two weeks ago at the Nürburgring where he and his Honda Team Schubert Motorsport team-mate Christopher Dreyspring had finished in the points for the first time and had also managed to conquer the Junior podium.

Maggi’s job in the Honda NSX GT3 on the 4.30-km roller-coaster of a track in the dunes proved tougher than it had been in the Eifel. Friday got off to a promising start with P8 in first practice. The second session came to a sudden end, though, hindering Maggi and the engineers from Honda Team Schubert Motorsport in their work on setting up the Japanese GT3 racing car for its first race outing at Zandvoort.

They qualified 17th on the grid for Saturday’s race in the field of 34 super sports cars. The Honda with start number 9 was heading initially towards the Top Ten, but Maggi had no chance against some of the other competitors when his tyres began to suffer badly from degradation, resulting in a P16 finish.

In Sunday’s second race, Maggi and Dreyspring moved up ten places from 32nd on the grid and finished 22nd. They may not have done enough to score more championship points at the former Formula 1 circuit in the Netherlands, but Maggi was able to add to his points total in the Junior classification. Another bonus was that their error-free weekend proved very instructive.

Maggi will get the chance to put what he has learned into practice and push for points again at the sixth Super Sports Car League race weekend. The penultimate ADAC GT Masters meeting of the season will be staged from 7th to 9th September at the Sachsenring which is well-known for holding the World Motorcycle Championship.

How was the weekend at Zandvoort after your success at the Nürburgring?
I was last at Zandvoort with Formula 4. The GT3 is heavier and a good bit faster. That matters a lot on a track like Zandvoort where there is no room at all for error, so the focus in first practice was on getting accustomed to the track. We made good progress, but then the second session was terminated early. We could have done a bit more with setup, since this was our first time at the track with the Honda. The team did an excellent job despite the difficulties, and the engineers gave Christopher and me a competitive car.

You were heading for the points to begin with in the first race. What stopped your push forwards?
I took over the car from Christopher and hit traffic after the pit stop. I first had a scrap with an Audi but didn’t manage to hang on to the place. And then there was a Corvette to my rear, which had been putting pressure on me the whole race. The only thing I could do was defend my position, since my tyres were practically shot around the middle of the race as well. It was not easy.

It was obviously even harder on Sunday to move in the direction of the Top Ten…
In Race 2, we started out from 32nd on the grid, much lower down the field than on Saturday. My start was OK, but the Zandvoort circuit is very narrow, and it’s not easy to overtake there, even in the early stages. I had problems with understeer towards the end of my stint and was unable to push forwards at that time. We were 22nd at the finish line, which is a pretty good result in view of our difficult initial position on the grid.

The Sachsenring is next up on the calendar in three weeks’ time. How do you expect to do?
The Sachsenring will again be very special. There too, we will only have Friday testing for setup work, but I’m looking forward to racing at the track. I’ve been there several times with Formula 4. It will, of course, be a challenge again, because the Sachsenring is a very technical track. The layout should suit us, as there are plenty of fast corners. The Honda goes well through the turns. I think that the potential is there at the Sachsenring to finish back in the points.