Good showing by Giorgio Maggi on 24 Hours of Zolder debut 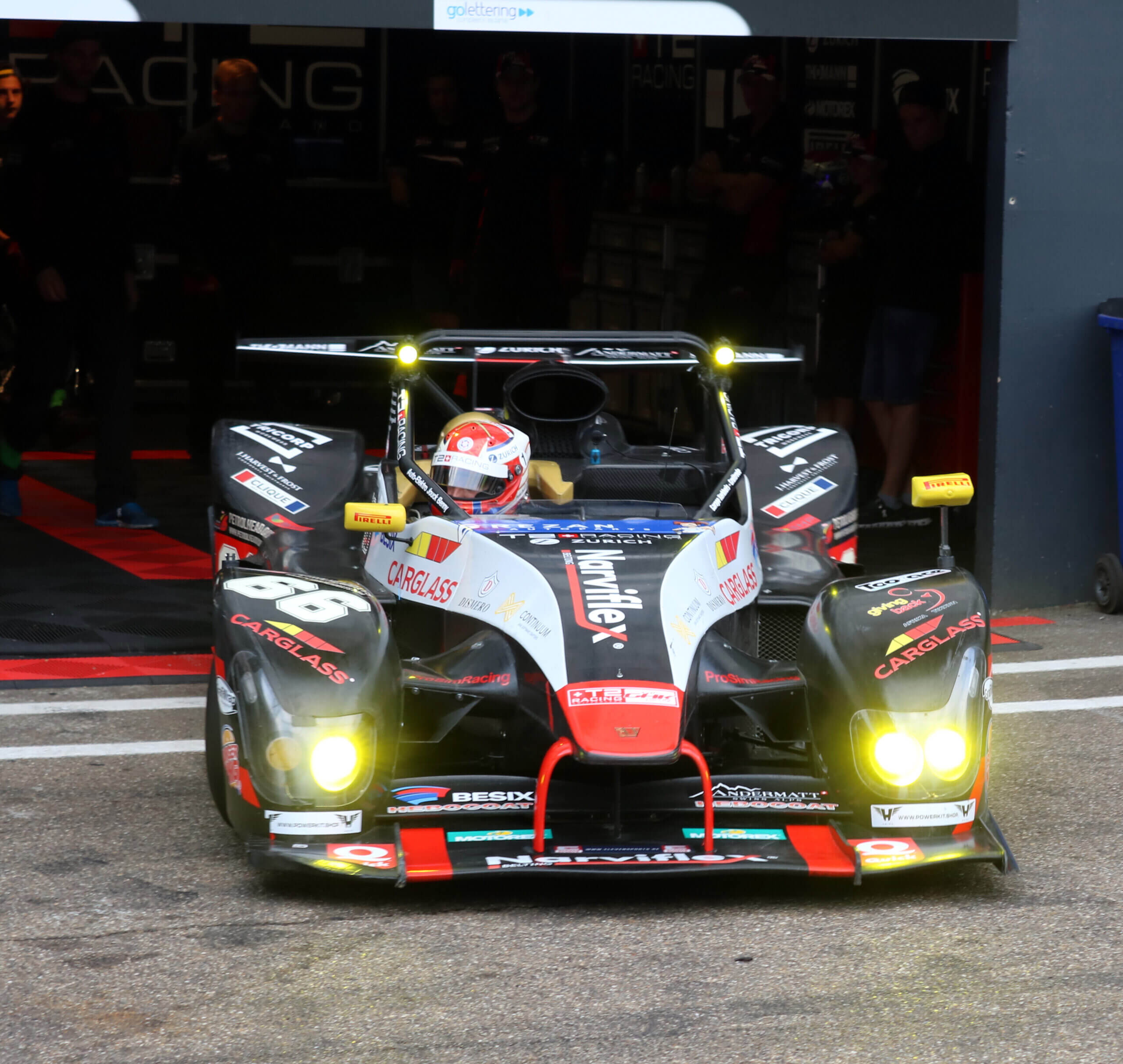 One week after achieving his biggest success to date in GT racing with sixth place and a Junior podium in the ADAC GT Masters at the Nürburgring, 20-year-old Giorgio Maggi was back in the cockpit after accepting an invitation from Swiss outfit, T2 Racing, to participate in the 24 Hours of Zolder. The endurance race took place last weekend on Zolder’s 4.01-km ex-Formula 1 circuit where he lined up with team-mates Chris Mattheus, Pieter Decurtins, Guy Verheyen and Philipp Schlegel to contest the CN class in the Belcar Endurance Championship.

Forty-four cars in all fought for the overall win. The field was divided into five classes, and Maggi drove the 260-bhp Wolf GB08 Tornado in the CN class. In a top-class line-up, the three drivers plus Maggi and Team Principal Decurtins qualified eighth on the grid, putting them in a great position, from which to fight for a top-class result in the gruelling 24-hour race.

However, the Wolf GB08 Tornado with start number 66 was hit by technical problems even in the early stages of the 24-hour race. Nevertheless, the team stayed within striking distance of the Top Five most of the time. Maggi was on top form for his first stint in the middle of the night, posting terrific lap times. Four hours before the end of the race, technical gremlins got the upper hand, forcing the five drivers to retire with an electrical issue while lying in a promising position.

Giorgio, grid position eight, top times during your first stint and then retirement. Still, you came away from Zolder feeling very positive, didn’t you?
Yes, definitely. Most of all, I had a lot of fun. T2 Racing are a terrific outfit and very professional in everything they do. They are also extremely sociable and friendly, so the Zolder weekend was a great experience in that respect. What’s more, we managed to be among the front-runners despite constraints imposed by the Balance of Performance (BoP), which cost us a lot in terms of performance. It’s obviously tough when you have to retire from such a race after 20 hours of hard graft, but that’s part of motor racing.

You were a little down on speed along the straights to be in a position to fight for the win…
The Wolf GB08 Tornado is a bit wider than usual and its tyres a bit broader. The car develops an awesome amount of downforce, which makes driving through turns loads of fun. The BoP put a dampener on performance overall, so we were at a distinct disadvantage along the straights. Of course, we made up some time through the turns, but on the straights, our lack of straight-line speed made life difficult for us. Nevertheless, we managed to improve and were even in the Top Five at times.

You did really well and posted excellent times during your stint around midnight. How did you get on in the cockpit?
I needed a little time initially to get used to switching from the Honda NSX GT3 to the Wolf GB08 Tornado, but things went really well after that. My first stint was around midnight. It was pretty tricky to start with, because I had to pass slower cars first, which is never completely hassle-free at night. Once I had a clear run, I was able to really push and posted top times. I then had another stint in the morning and was scheduled to take over for the final part of the race. Unfortunately, an electrical problem four hours before the end put paid to that, which was a pity, because I’m sure I could have done even better.