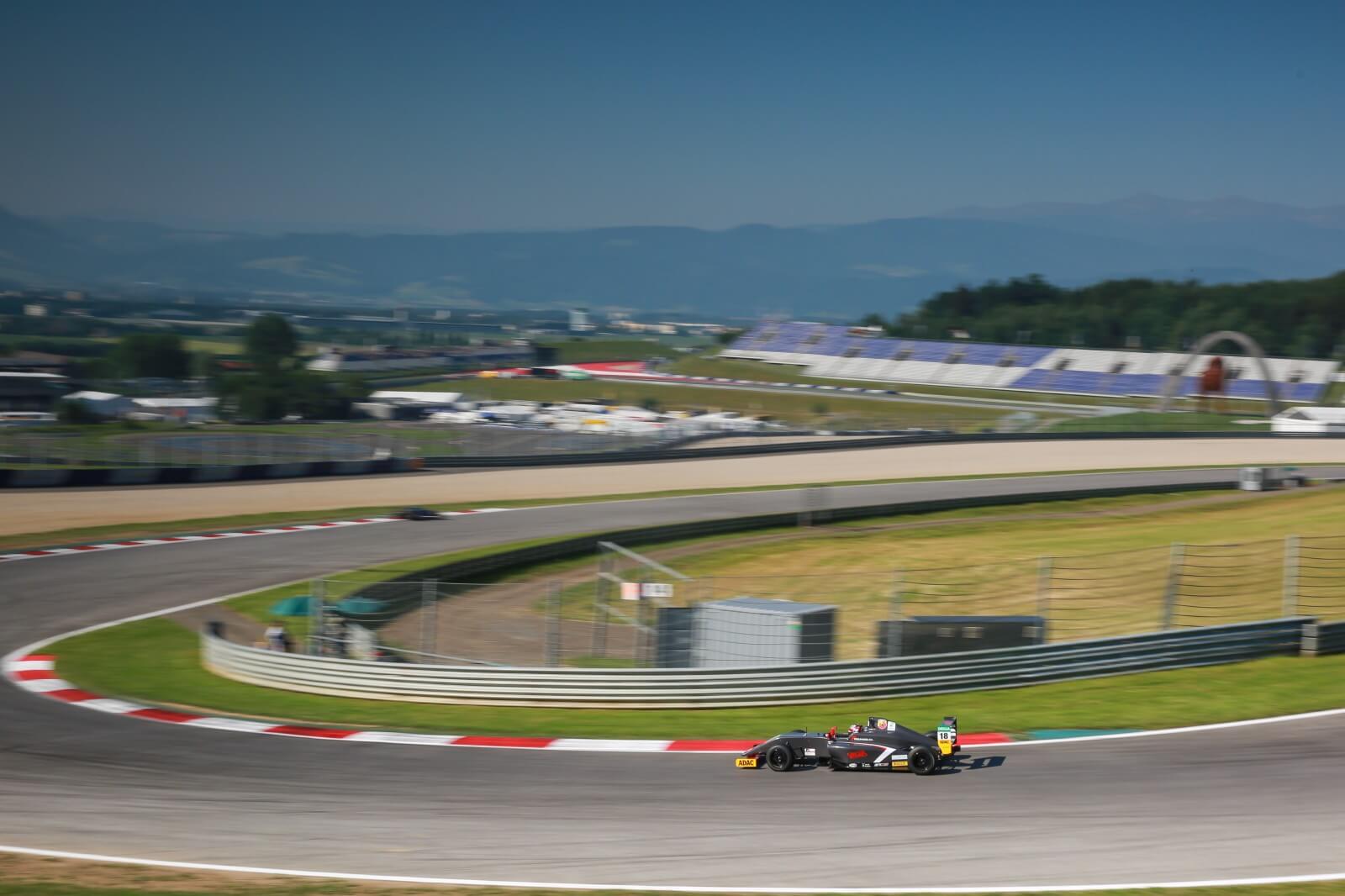 Six safety car periods, two stoppages, plenty of retirements – what chaotic scenes at the Red Bull Ring! Giorgio Maggi did not finish in the points this time after a tough qualifying but produced a credible performance nevertheless in the three races in Austria.

Giorgio, you are probably not too happy with the points haul at the weekend…

No, it was a bit frustrating. I had counted on securing more points at the Red Bull Ring after the promising season opener at Oschersleben. I was confident after Friday practice, as I was less than a second off best time. Then unfortunately, something went wrong in qualifying on Saturday, which had an impact on the rest of the weekend.

Well, without going into detail, we had a small technical problem that suddenly popped up.
Our guys had everything sorted after qualifying, but my performance suffered, which is why I didn’t do better than grid positions 35 and 34. So it was obvious that the weekend was going to be tricky. To come from behind and finish in the points is incredibly difficult in a field of nearly 40 cars, which was a great pity, because our team had the necessary speed for a better result. My team-mate Mattia lined up on the front row both times – I could have done that too.

How did your race go?

Of course, it doesn’t look all that great, just taking the results table into account, finishing 26th, 25th and 15th. Ultimately, it’s only the results that count, so I want to draw a line under the weekend and forget it as soon as possible and concentrate on the tasks ahead. I’ve got some important exams in school next week. Still, I have to say that I can be happy with my race performance at the weekend. All in all, I improved by a total of 28 places in the three races. That gives me a lot of confidence, and I’ve also gained a lot of respect out on track.

Yes, that was by no means a foregone conclusion at the Red Bull Ring. It was quite messy at the weekend with a total of six safety car periods and two stoppages. There were one or two bumps, especially around me, which is where my formula racing experience helped. I kept my cool in the cockpit when things got a bit chaotic at times and avoided all the collisions. It’s important not to lose your nerve in this huge field of ADAC Formula 4 entrants. My composure will certainly help me in the course of the season.

The hype around the ADAC Formula 4 shows no signs of abating. Fans were able to watch all three races live on Sport1 at the weekend. What do you think of that as a driver?

It was mega! Still, I would have preferred to have secured lots of points instead. My car was often seen on television, because I was involved in so many battles in a tightly bunched midfield. The great interest in the series also benefits us drivers. I’ve never been asked so much about my sport as just lately. After every race, lots of friends and fans have posted on Facebook to wish me luck. That motivates me to achieve even better results next time.

Yes indeed, we’re heading to Belgium for the next race weekend. I’ve driven there once before in the Formel ADAC. Two years ago. I’m now looking forward to returning. The track is legendary and every corner tells its own story. The feeling of driving up Eau Rouge and only seeing tarmac in front of you from the cockpit is indescribable. Slipstreaming battles play a major role in Spa. You need to be clever here and drive as clean a race as possible without making too many mistakes. If you fail to hit the turn right, you lose speed down the following straights. Besides, rain can appear out of nowhere at Spa. That’s fine by me, because I always feel really comfortable in the wet.