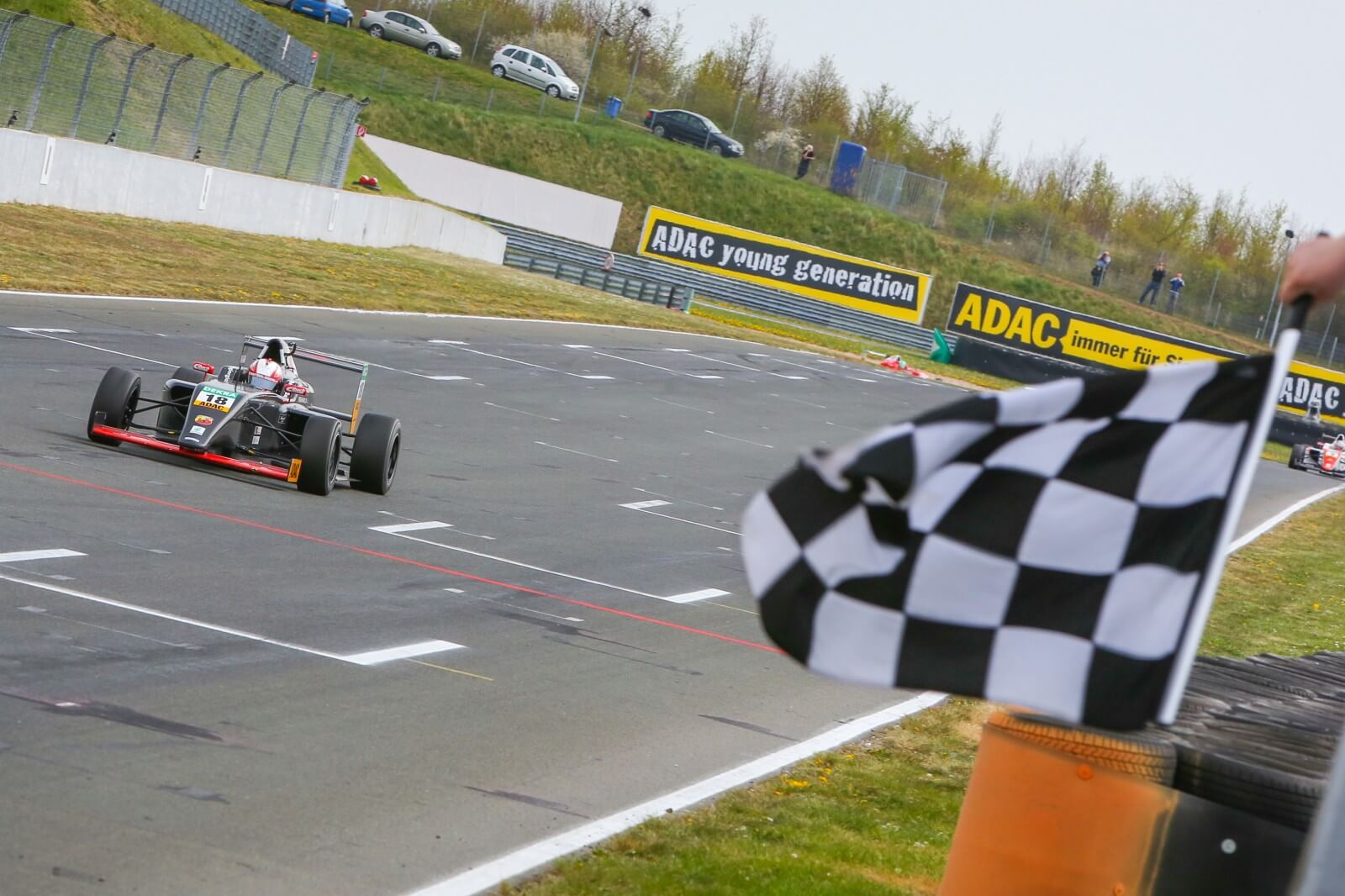 The winter break is over. Giorgio Maggi lined up in the etropolis Motorsport Arena Oschersleben for the inaugural season of the new ADAC Formula 4 this weekend (April 24th-26th). He immediately achieved a points-scoring finish in the second race in a packed field of 35 cars, as 20,000 spectators watched on. He left well-known fellow drivers behind him, including Jonathan Cecotto, son of former DTM driver Johnny Cecotto, Mick Schumacher, son of record F1 championship winner Michael Schumacher, and Newey Harrison, son of Formula 1 star designer Adrian Newey.

Giorgio, tell us about your first impressions of the new ADAC Formula 4.
Giorgio Maggi: Everything is new to me – the team, the car, and the competitors. I was a little nervous at first, but that’s normal in the opening race of the season. I noticed after the second race that my nervousness had eased, but, of course, I was still a bit tense. It’s all part and parcel of remaining focused. There’s an enormous field of entries. Times, however, are much closer together. It’s really exciting!

How do you prepare for races?
Giorgio Maggi: I’m usually quite relaxed, but I’ve been running here and there a lot lately. I usually put on my headphones, especially before the race, and just ignore everything around me. Then I get into the car as soon as possible and run through the entire track layout once again in my head.

Your team, SMG Swiss Motorsport Group, are also new to the ADAC Formula 4. How are you getting on together so far?
Giorgio Maggi: Everything is going really well. We hit on a good setup and the test days before the start of the season went very well. We all get on really well together. My engineer was my driver coach last year, so of course, he’s now in a new role. We have a very open relationship, and the atmosphere within the team could not be better.

What are your conclusions after the first race weekend of the year?
Giorgio Maggi: I’m satisfied; the second race especially went pretty well for me. I only lost a little time in the third sector, as I realised, and my engineer saw on the monitor that I was driving a bit differently there. That’s something that I can resolve as a driver. Setup is OK so far, which is very important, because it’s difficult to change during the race when you’re battling all the time. Still, we gradually improved in testing. And at the end of the day, gaining experience in scraps is also important. Ultimately, it’s always reassuring to know that you can arrive at the track and the car will work, that you’ve got a good setup and the speed is right.

Would you say that, as a result of having had more experience, you are now a better racing driver compared to when you began last season?
Giorgio Maggi: It’s never easy to say something like that about yourself, but of course, I am learning with every race and with every minute spent in the car. So, I would probably say an emphatic ‘yes’ in answer to your question. I made a lot of progress last season. I was faced with a steep learning curve in my first season, but I now feel ready to take the next step in my career.