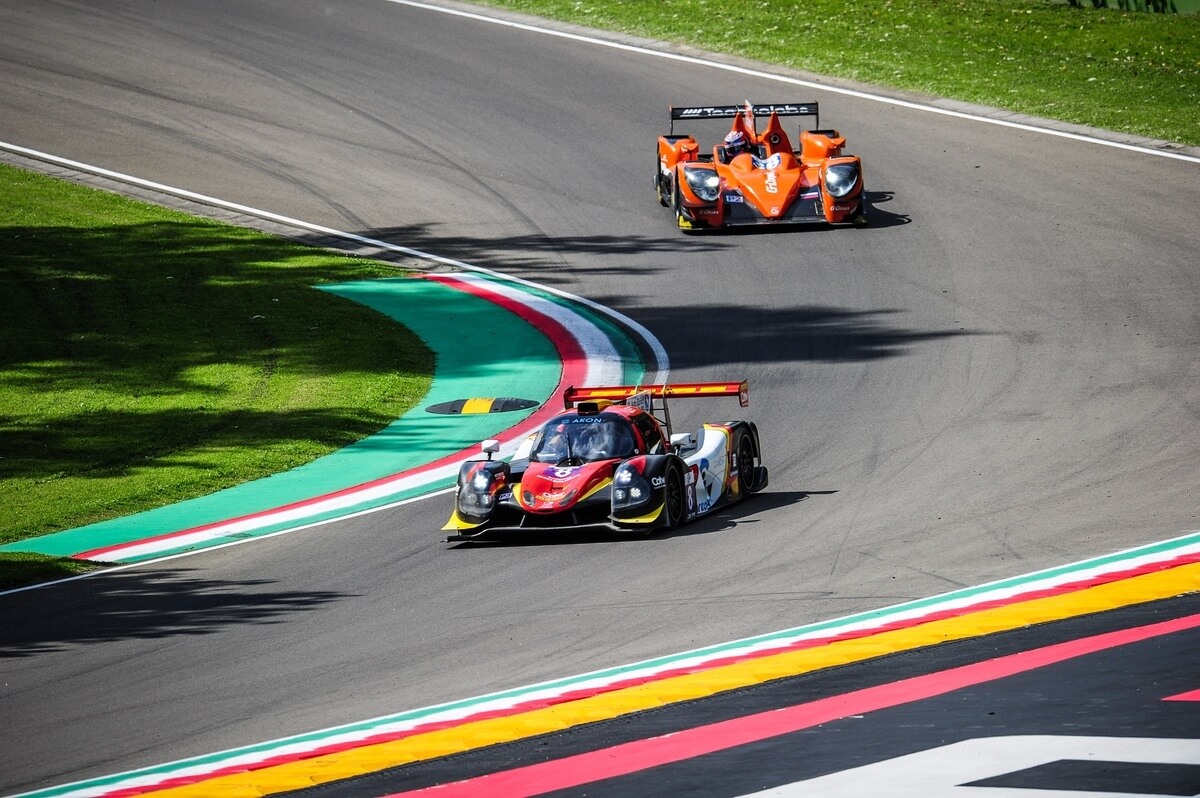 This weekend, Giorgio Maggi was competing in the second race of the 2016 ELMS season at the historic Autodromo Enzo e Dino Ferrari in Imola. In his first-ever outing on the Italian circuit, the Swiss driver accumulated more valuable experience. Maggi drove his first ever qualifying session in a 420-horsepower LMP3 car entered by Swiss-based Race Performance. In the race itself, Maggi and his team finished 14th in the LMP3 class. There were no fewer than 41 cars lining up at the start.

Giorgio, this was your first ever qualifying session in a LMP3 car. How did it go?

Compared to formula cars, qualifying in an LMP3 car was a new experience for me. Here in the ELMS, our tyres are pre-heated by electric blankets, which means we are immediately able to go flat out. Because of heavy traffic on the track, it was difficult to post an unobstructed lap. Otherwise, we might have done far better in our class than qualifying in 15th place. All in all, though, it was a good experience, and I’m looking forward to future qualifying sessions.

For you personally, the race didn’t quite go as planned. Tell us what happened there.

Originally, it was planned that I would take the third stint. But then we changed our strategy, so I took the final stint to the finish. At the very moment I emerged from the pit lane, however, there was a full-course-yellow phase triggered by incidents on the track and increasingly heavy rain. Consequently, all the cars were required to slow down. Then the rain became even more intense. The safety car left the track and stayed off until the end of the race. So unfortunately, driving at race speed during my stint was out of the question. That was frustrating, because I had been so much looking forward to some wheel-wheel action on this cool track.

That was your second outing in the super-fast LMP3 racer. Are you noticing any improvement in your feel for the car?

Yes, most definitely! With every lap I complete, I feel more and more at ease in the car. A certain acclimatisation period is normal, but recently things have been going really well. The braking points on the various tracks are different, especially compared to formula cars. It’s a learning process. Imola was completely new territory for me, so I’m all the more delighted that I managed to get used to the conditions so quickly. After a few laps, I was matching the times posted by my team-mates, and that’s a very good sign.

You now have a summer break ahead of you. How will you be filling your diary until the next round of the European Le Mans Series?

It certainly is a long interruption, but I won’t have time to get bored. We’re working on an opportunity to drive in the context of the legendary 24 Hours of Le Mans. This is a great project which I will certainly have more to say about soon. If all goes to plan, I will also be competing in a race in Asia. We are still engaged in negotiations, and I hope that it all works out. You can look forward to some surprising news in the near future!

After the summer break, you return to action at the Red Bull Ring. That will be your first time driving on a track which you already know from Formula racing. What are your expectations for Austria?

I’m very excited about finally competing on a track which is familiar to me from my time in formula racing. The LMP3 is of course a completely different kettle of fish, but prior knowledge of the track is bound to be of benefit. I think that I can fully exploit my potential at the Red Bull Ring right from the outset, providing everything falls into place. I like the rather special track layout. One thing I can say for sure is that it will be a lot faster than in my old formula car! 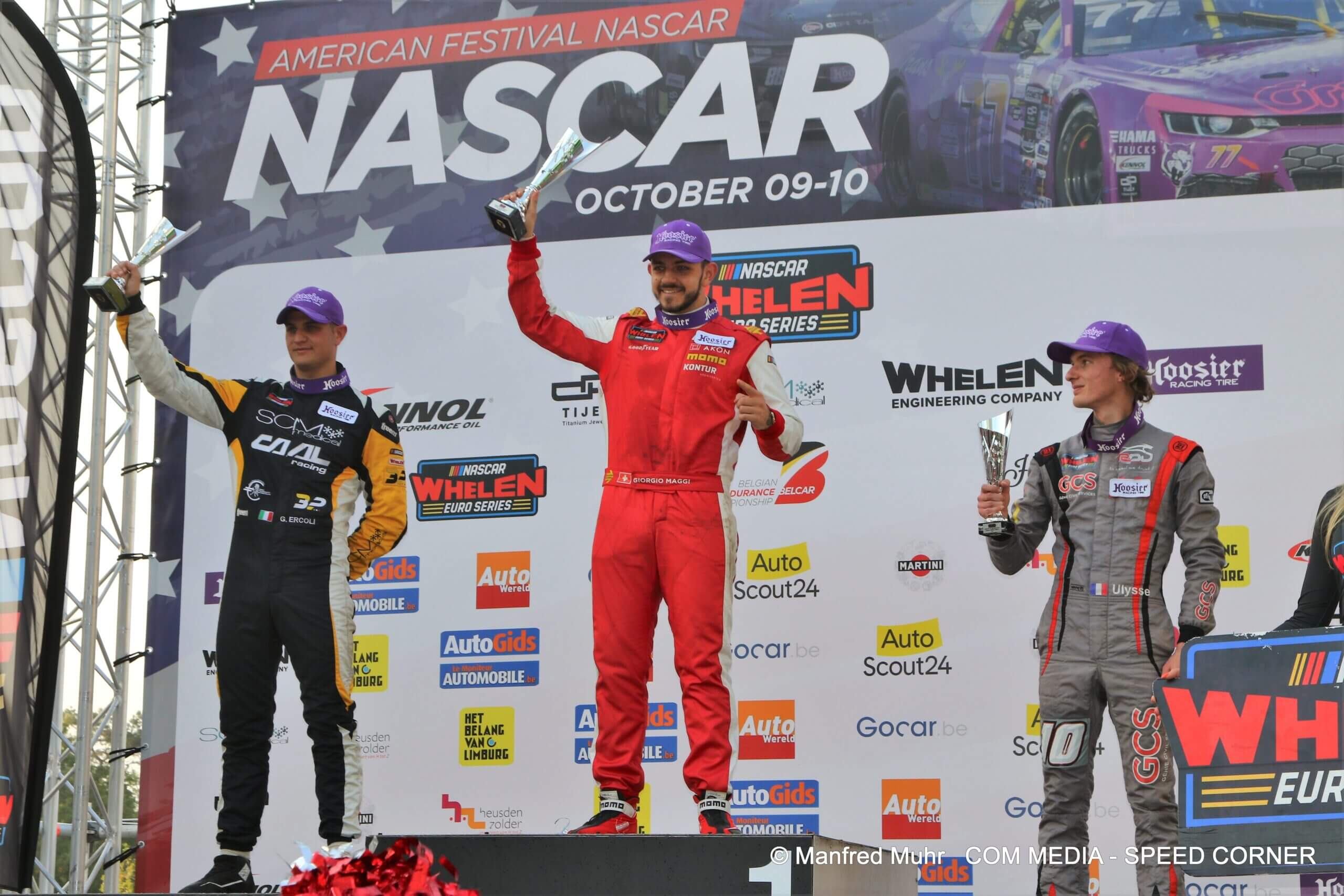 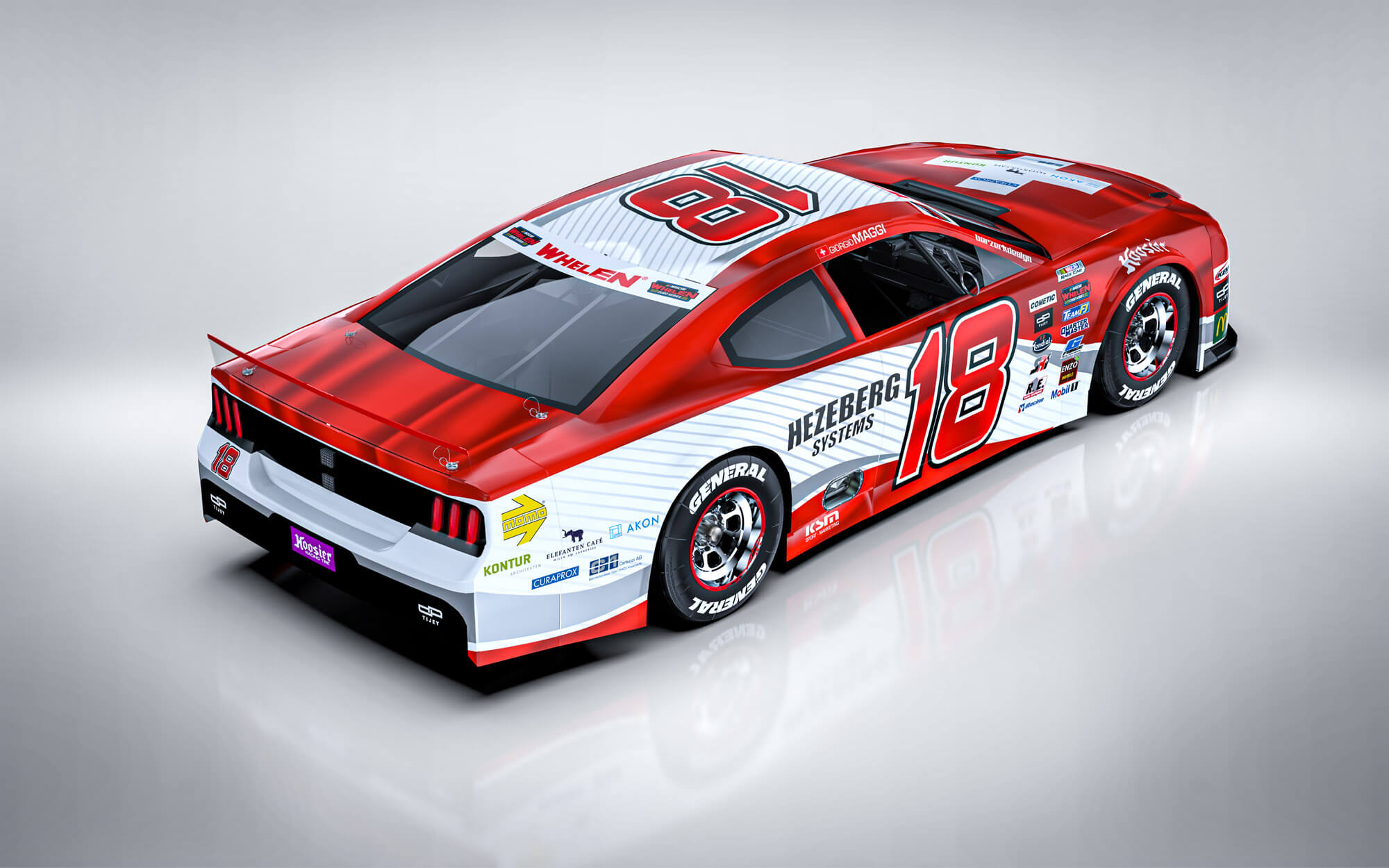 In the national colors of Switzerland: Giorgio Maggi gets a new design for Most

The #18 Ford Mustang will stand out in the EuroNASCAR field. Giorgio Maggi can’t wait to travel to