Triumph at the foot of Mount Fuji: Win in second race of season 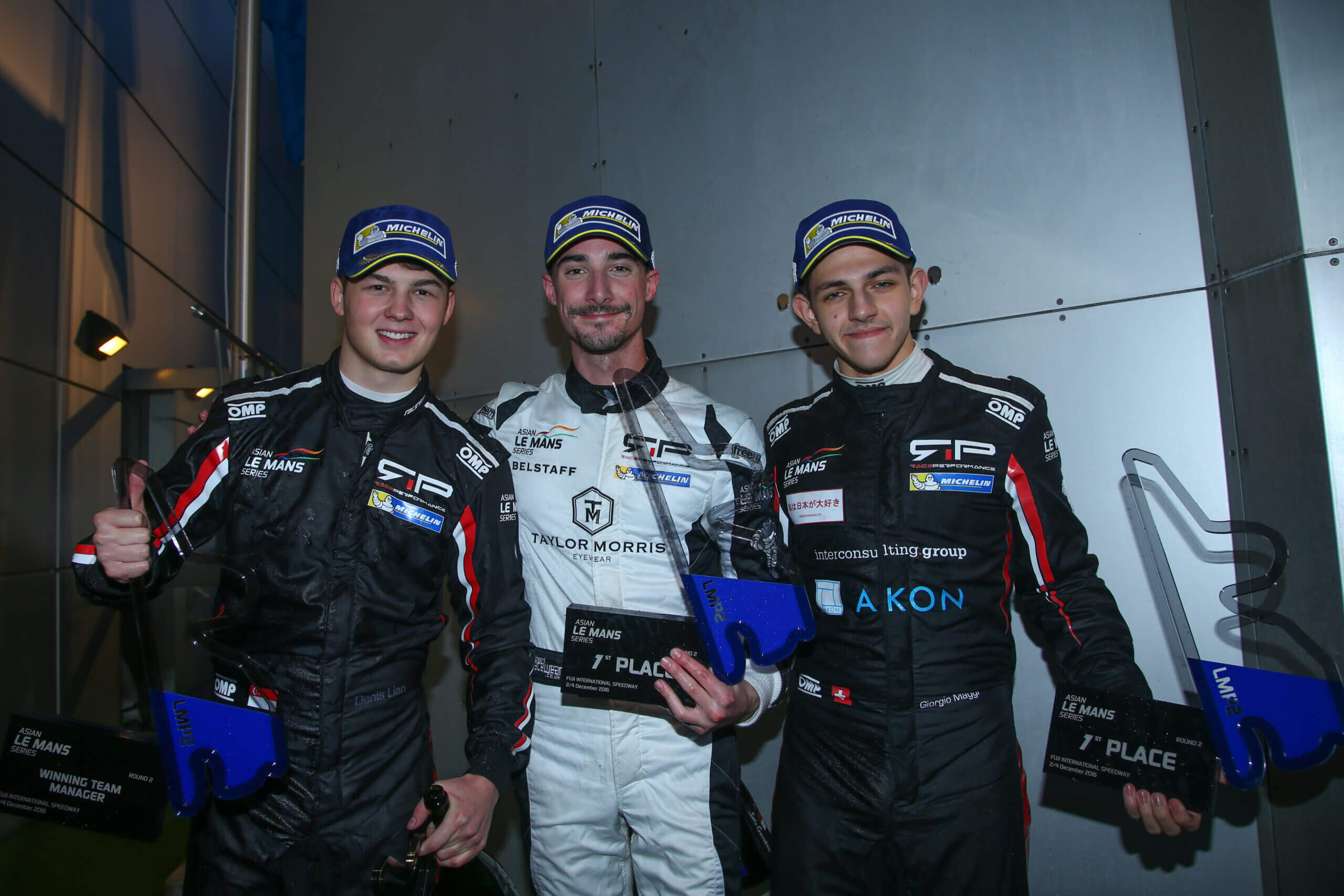 Triumph in the Land of the Rising Sun. Giorgio Maggi secured his first LMP2 victory in the Asian Le Mans Series last Sunday. The win was achieved at the well established Fuji International Speedway against the amazing backdrop of Mount Fuji. The Swiss driver and team-mates Struan Moore and Fabian Schiller won from third place on the grid, outclassing experienced drivers, including successful competitors from the 24-Hours Le Mans and the 2014 champion in the LMP2 class of the AsLMS. Maggi & Co reduced the deficit in the championship to 18 points with their win, keeping alive their chance of lifting the title.

Congratulations on a magnificent performance, Giorgio! How do you feel after your first win of the season?
I’m mega pleased and very relieved that it has finally come good, especially after the race in Zhuhai, which was quite disappointing for us. I made a great team with Fabian and Struan. The three of us worked really well together the entire weekend in Fuji. We drove the car on the limit. The way things are going, there’s a lot that we could achieve in the remaining two races.

You’ve shown just what you are capable of in Japan. You took the opening stint. How did it go?
The start went exactly to plan. I easily stayed in the slipstream of the driver in second place who gave me a tow. I outbraked him in the first turn and overtook, but things then got a little bit more hectic after that. The safety car came out after one of the LMP3 cars was involved in a rather bad smash. Keeping the front tyres at the correct operating temperature was particularly tough in view of the cold tarmac and freezing air temperature, and the hard compound tyres didn’t help matters either.

Did that make you lose a lot of time on the restart?
Yes, the driver in P1 was able to draw away from me a little, because I was struggling with bad understeer initially. The situation with the tyres noticeably improved as the race progressed. However, I got stuck in quite a bit of traffic and lost a fair amount of time through having to lap a number of backmarkers. The safety car came out on track again before I could hand the car over to Fabian, which meant we had to react quickly.

So the safety car coming out really messed up your plans…
Yes, things got pretty hectic in the pits, but everything went well ultimately. I handed the car over to Fabian, who went into the lead and extended it further. He did a really good job. Struan took the final stint but didn’t have much of an advantage on the driver in second place. We fought hard, and it was nip and tuck at the head of the field. Ultimately, though, we were able to get the upper hand and wrap things up.

No doubt, after such an amazing weekend, you can hardly wait for the next round?
Too right! I’m really looking forward to the next race in Thailand. I already know the track in Buriram from last year. The whole circuit is extremely modern, and the track layout is very interesting, because it has a bit of everything. The special thing about the course is its location. From Bangkok, you’ve first got a seven-hour drive through the jungle, and you then jump into a plane for an hour and a half before arriving in Buriram. It’s a terrific adventure, and I can hardly wait.