Title mission: Giorgio Maggi to line up in the Asian Le Mans Series 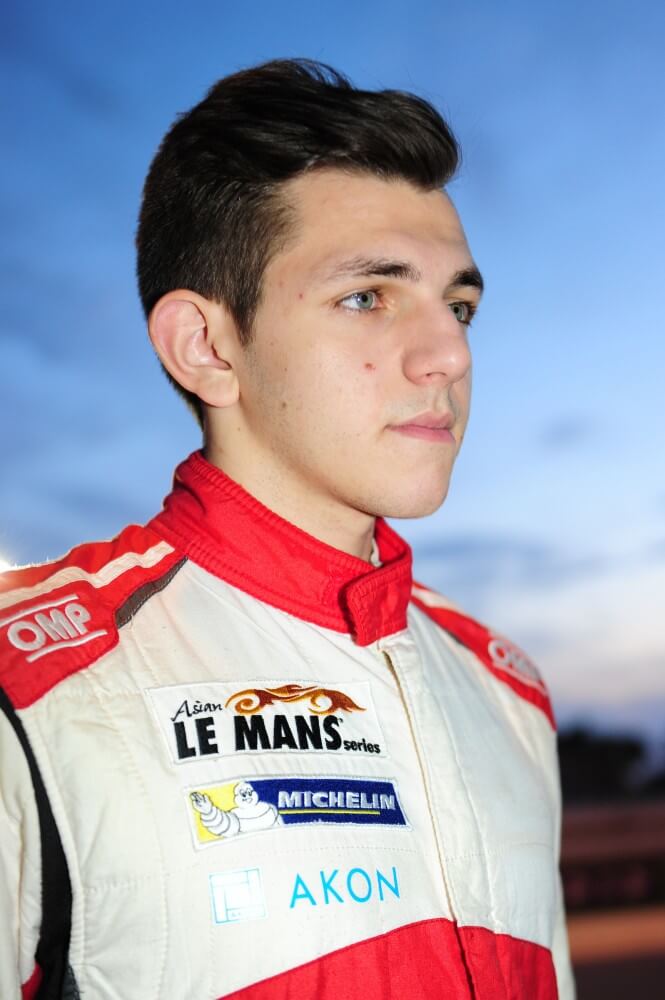 Giorgio Maggi will return to the scene of his greatest triumph when he races again in the Asian Le Mans Series in 2016/17. The 18-year-old will compete in the LMP2 class with Race Performance. His team-mates will be Struan Moore from the UK and Denis Lian from Singapore.

Maggi has already raced previously in the Asian Le Mans Series during the winter of 2015/16. The 18-year-old secured a victory in class and took the lead in the championship in his debut race around the Formula 1 circuit in Malaysia. He kept the top spot until the season finale and wrapped up the title in the CN class with another win and a 30-point lead on the runner-up in the standings.

The signs are now all set once again for success. Race Performance, with whom Maggi contesting his debut season in the European Le Mans Series in 2016, are the title defenders in the LMP2 class in Asia. The Swiss team were given a slot on the grid in this year’s 24-Hours of Le Mans as overall winners of the 2015/16 Asian Le Mans series.

Giorgio, you’ve enjoyed the greatest success of your career to date in the Asian Le Mans Series. What are your feelings as you return to Asia?
Last winter was like a dream. I came to Asia and was a front-runner in the CN class from the start and went out and won the first race straightaway. The memories of that success and, of course, the championship, will stay with me for the rest of my life. Now, we’ll be starting all over again. I’ll be lining up with Race Performance in the LMP2 class and will have to deal with fresh challenges and new opponents.

Race Performance are the defending champions and you the CN class champion. With such a winning combination, your goal has be the championship, hasn’t it?
We could hardly be better placed, no doubt about that! I won the title in the 2015/16 CN class with Denis Lian, and we worked really well together. Still, I don’t want to set the bar too high. This will be my first time ever in the LMP2 class, and we need to grow together as a team of three first. But I would be lying if I said that I didn’t have the championship at the back of my mind and a place on the grid in the 24-Hours of Le Mans along with it.

This will be your second season in Asia. You now know the drill and are familiar with conditions which can be tough at times. What are you doing to prepare?
The races are definitely a challenge, for sure! It’s always over 30 degrees and extremely humid, and then there’s the monsoon rains that can come without warning. I intend to get together with the professionals to really get in shape physically and psychologically and meet this challenging situation. My advantage this time is that I already know what to expect and am now in a better position to assess the areas where I’m strong and where I’ve still got work to do. But I can hardly wait for the 30th October when the lights turn green for the first time. I’ll be ready, I promise!