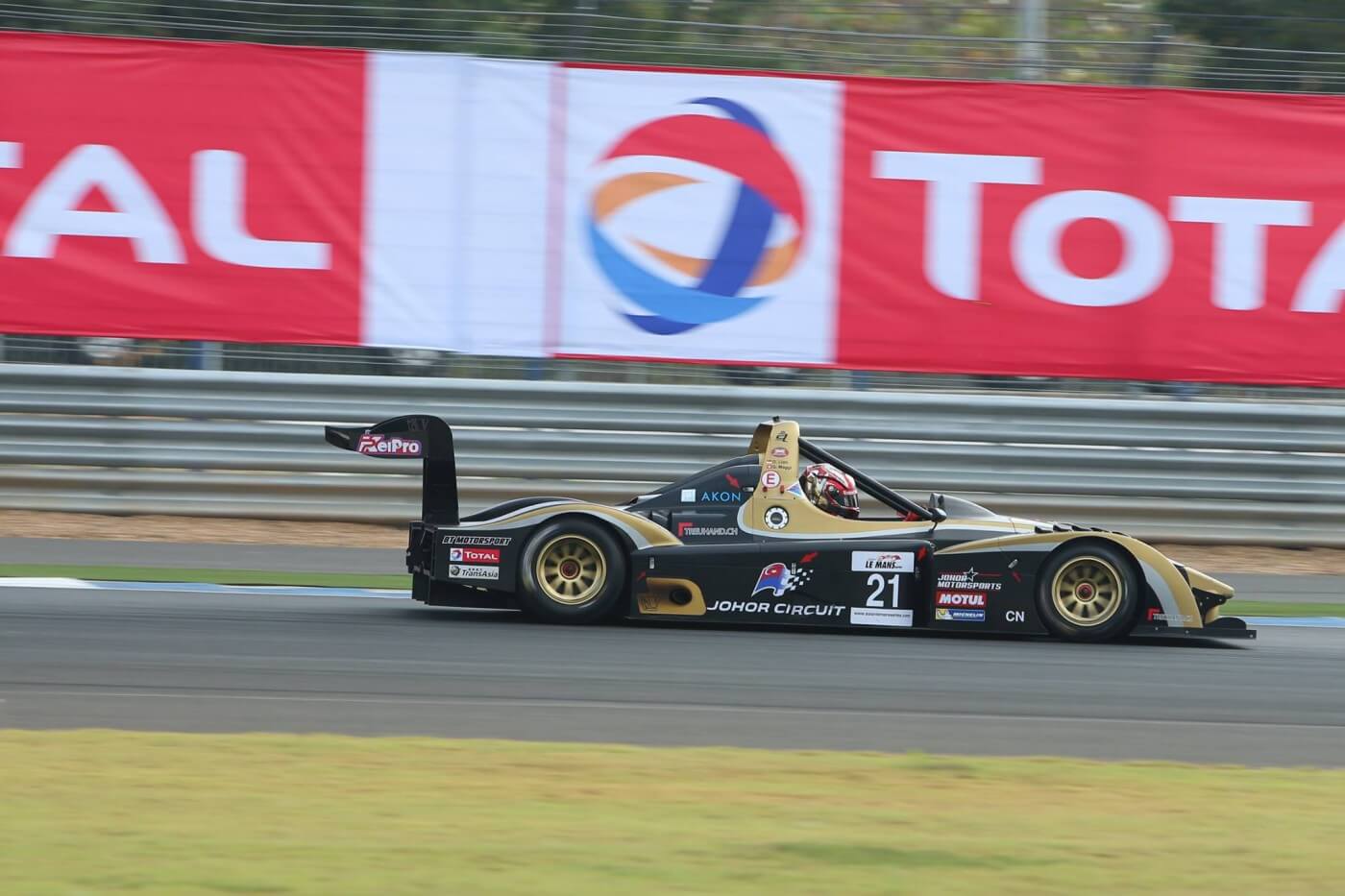 A spot of racing bad luck late in the fixture stopped Giorgio Maggi from securing a second victory in class in the Asian Le Mans Series. Giorgio and his team, Avelon Formula Asia, looked like certain winners of the CN class in the 3-hour race in Buriram, Thailand, until the closing stages when the 255 bhp WOLF 2-litre racing car, weighing 540 kilogrammes, was hit by a technical defect, resulting in a DNF. The 18-year-old Swiss driver still leads the championship rankings in his class after three of four races.

You just missed taking your second class victory in a row in Thailand. What happened?
Everything was pointing to another victory in class after our initial 58 laps. We were in the lead, but unfortunately, my team-mate Denis Lian lost a wheel in the closing stages and had to retire. That was really frustrating. We were only a few laps away from securing victory in class. However, we dropped out of the classification in the end because of regulations. Too bad, we really deserved the win after all our efforts.

What about the rest of the race. How did that go?
The team decided after qualifying to let me start the race. My thanks go to them for their confidence in my abilities. I made a good start, and we subsequently took the lead in class. My lap times were consistent, despite having some problems with the gears. I couldn’t find first or second gear, which made driving tough. Still, I made the best of it and kept the car in a good position in the race.

What were your impressions of the weekend in Thailand?
Firstly, I have to say that I was bowled over by the huge numbers of spectators around the circuit. It was National Children’s Day that weekend in Thailand, so many families came to see us. Around 100,000 people were at the track on Saturday to watch qualifying and get our autographs. As far as racing goes, our weekend started with a few technical difficulties, which meant that we didn’t have as much time for working on setup as we actually needed. Still, the team did a good job, and I was satisfied with my performance in qualifying in the end. I think that we might have done even better than second on the grid in our class but for the problems.

This was your first time out at the relatively new Chang International Circuit. How did you cope with the unfamiliar track?
The track didn’t look all that spectacular at first in the still photos and videos, so I was surprised after my first few laps in practice. The shortness of the track and its many medium-fast turns made driving extremely tough. You couldn’t relax for a second and had to stay fully focused all the time. The circuit is not all that fast but technically very demanding, which made driving tiring over the distance. Still, it was great fun.

What’s on your agenda now as far as racing goes?
The next round of the Asian Le Mans Series takes place in two weeks’ time. I’ll be lining up again on the weekend of January 23rd-24th for fourth and final round of the season at the Sepang International Circuit in Malaysia. It’s a fantastic circuit which also hosts Formula 1 racing each year. I’ve got fond memories of Sepang. It’s where in November last year I took my first class victory in the Asian Le Mans Series. That inspires confidence, for sure! And since I’m now even more familiar with the track, I think I’ve got a chance of securing another good result.