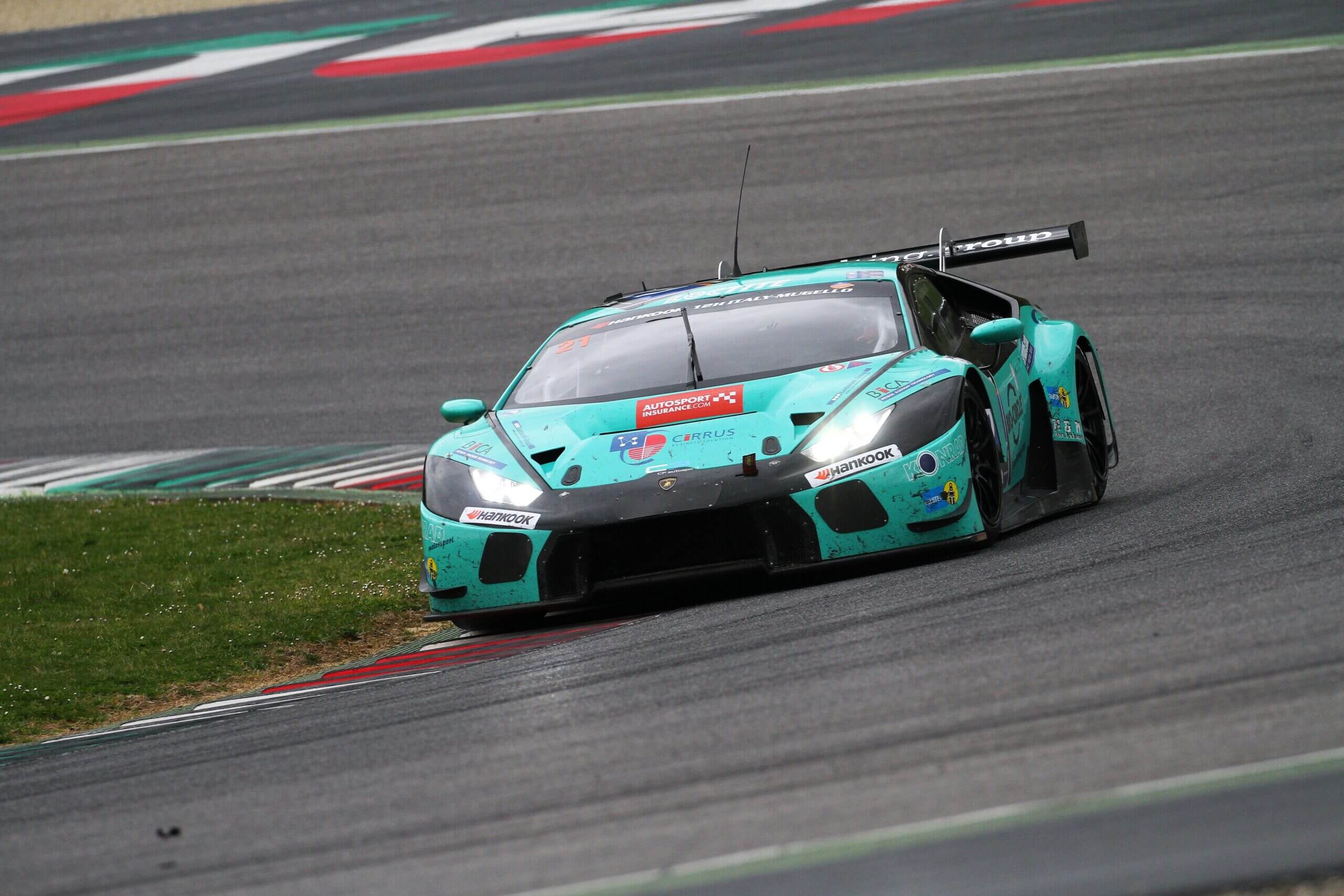 A podium finish on his debut – things could hardly have gone better for Swiss driver Giorgio Maggi in the 12-hour race at Mugello. It was a snap decision that led to the fielding of the GT3-Lamborghini Huracán prepared by the very experienced German outfit, Konrad Motorsport, but Maggi soon found his feet. In the end, he and team-mates Franz Konrad, who is both Team Principal and driver, and Marco Mapelli from Italy, placed third in a field of more than 50 competitors.

Maggi again managed well with the small amount of preparation time at his disposal, since he has already had at least some experience of endurance racing from taking out the LMP3 prototype in the ELMS and the LMP2 car in the Asian Le Mans series last year and has always found making the switch to different vehicles easy: “Thursday practice was my first time out in the car. I only had the practice sessions, in which to get to know the car and its limits. What’s more, I didn’t know the track either at that stage.” Mugello is definitely one of the tougher circuits on the international race calendar and not just in view of a track length of more than five kilometres. “That gives third place in the race even more kudos than it already has.”

The 12-hour race was held in two stages – four hours on Friday, eight on Saturday – a special feature of Mugello to reduce the stress and strain on teams, mechanics and engineers. Maggi was given the huge responsibility of taking the start of the second stint, which is never an easy task, as it entails running the risk of being involved in skirmishes with the ‘enemy’. Still, the 19-year-old fulfilled his role without a hitch and was again able in subsequent stints to keep well away from avoidable incidents while matching the speed of more experienced competitors: “There were a lot of strong drivers in the field, most of whom have already had a great deal of GT3 racing experience,“ he said with the benefit of hindsight as he described his approach: “Yes, I did indeed fight, but without getting involved in any scraps, thus avoiding unnecessary risk. Such tactics are particularly useful when you’re a rookie, because it’s no good to me if I’m forced to retire as the result of a tough scrap, in which neither party was prepared to give way. My watchword for my maiden GT3 race weekend was “Learn, learn, and carry on learning.” I was ultimately well able to keep up with the front-runners as regards lap times, proving that my approach was the right one.”

Maggi was particularly pleased with Konrad Motorsport’s excellent support: “Things went really well right from the start. Going through the data with the team helped me a lot, plus, my team-mate, Marco Mapelli, gave me lots of useful tips, for which I’m very grateful. After that, my lap times continued to head in the right direction. What was also important was that the team gave me plenty of time to quickly learn ‘on the job’.”

Team Principal Franz Konrad was also very pleased with his latest signing: “Giorgio soon got used to both new car and track and did a fantastic job overall. I would very much like to continue working with him.” For example, the team are currently planning some more outings in the Creventic long-distance series, to which the 12-Hours of Mugello also belongs, and in the Blancpain endurance series which is in an even higher class.