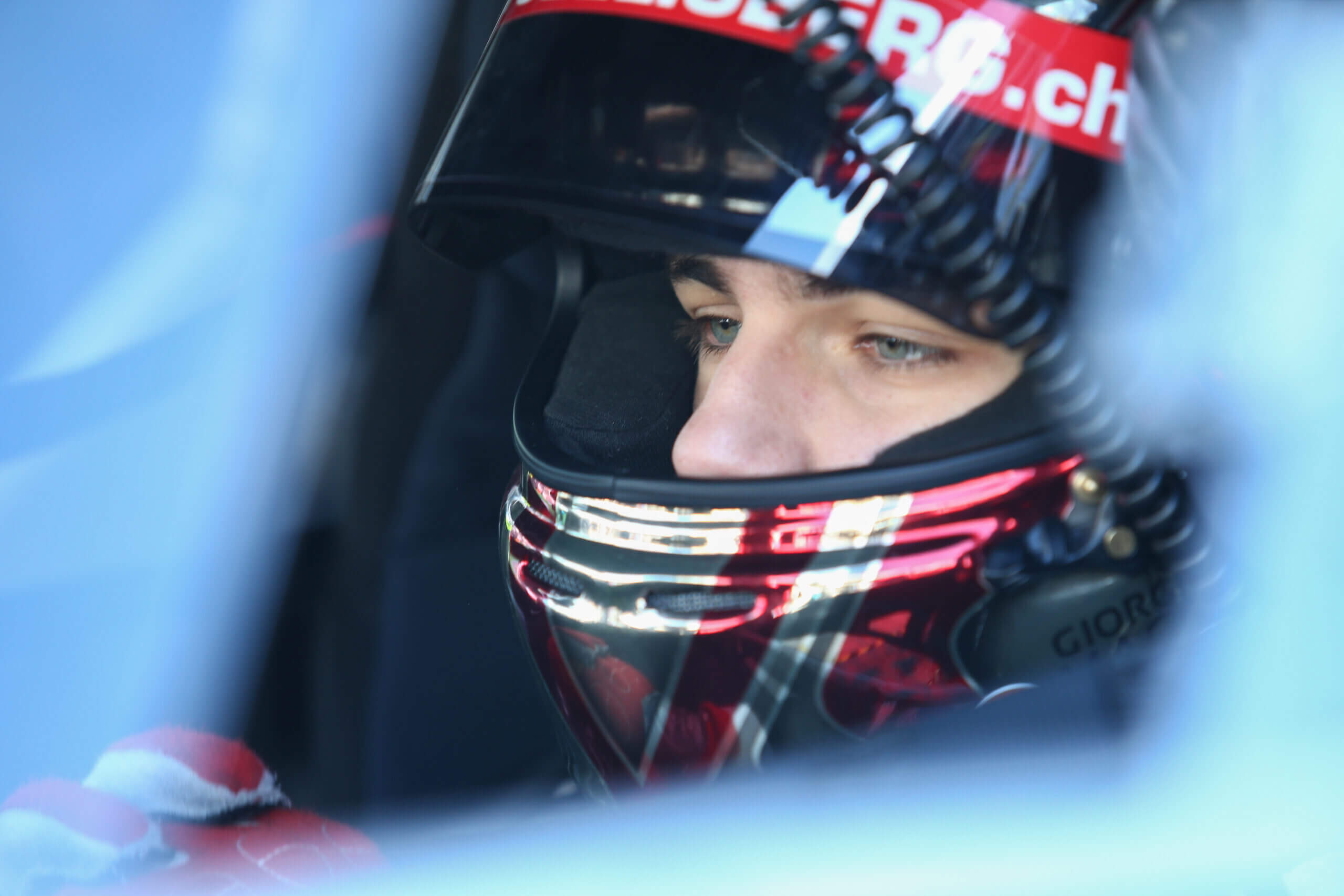 It has been a year of new experiences for Giorgio Maggi. He drove a Lamborghini Huracán GT3 in the Blancpain GT Series for the first time, and he kept returning to the legendary North Loop of the Nürburgring. In the 2017 season, Maggi shared the cockpit of a Kurt Steiner Rennsport car with Thomas Götschl and had the technical support of Hoffmann Motorsport on each occasion. The Swiss junior was up against a field of 150 other drivers in one RCN and three VLN races, putting in an impressive performance each time.

Maggi now has visible proof of his success in the form of the much-sought-after A-Permit. This entitles the 19-year-old to drive a GT3 car through the ‘Green Hell’ in future races, including the famous Nürburgring 24-hour race, which is the high point of every sports car driver’s career.

Impressive debut set against a breathtaking backdrop: At the end of May, Maggi celebrated victory in the third round of the RCN Rundstrecken Challenge Nürburgring, contested in the framework of the legendary 24-hour race. Partnered by Thomas Götschl and driving a BMW Z4, one of 175 cars in the line-up, he completed the race in 2:49:49 hours to win the KL_RS 4 class, a feat observed not only by the 205,000 spectators but also by 1,300 journalists from all around the world who had come to report on the weekend’s events at the Nürburgring. “I have celebrated victories before, including in the RCN, but this one was the best of all,” said Maggi. “Winning on a weekend like this, with such an outstanding atmosphere, was a simply unique experience.”

Debut made to measure: 19th August was a significant date, as Maggi was due to make his VLN debut in the ROWE 6-hour ADAC Ruhr Cup race. The Nürburgring-Nordschleife totally lived up to its reputation, as the fifth round of the endurance championship developed into a veritable rain-soaked contest. Just the sort of conditions that Maggi revels in, as he showed two weeks previously when he first put in 73 laps of the 20.83km circuit driving a BMW Z4. The result on the occasion of his VLN debut was P9 in the V4 class: “I have to admit that I was a bit nervous going into my first race in the VLN, because the weather forecast was unhelpful. Although I love driving in the rain, it’s something else on the North Loop. So I was all the more delighted when we crossed the line in ninth place. I was really satisfied with that result.”

A-Permit in the bag: The sixth round of the VLN Endurance Championship on 2nd September at the Nürburgring was a challenging occasion for the Swiss teenager. A carbon component damaged the drive shaft of the BMW Z4 at the end of qualifying, which necessitated a major repair job under extreme time pressure. It was only thanks to a Herculean effort from the team that he was able to start at all, albeit from the pit lane. Notwithstanding this handicap, Maggi and his team-mate went into the four-hour race highly motivated. In difficult weather conditions, which alternated between sunshine and rain, they fought their way forward to eighth in the V4 class. And as a special reward, Maggi had put in enough laps to apply for his Nordschleife A-Permit. “The A-Permit was my main objective right from the start. It must be incredible to drive a GT3 car on this track. I aim to one day compete in the 24-hour race, and I have now laid the groundwork for that.”

Top Three in his sights: The VLN 7 race on 23rd September was to be Maggi’s last competitive outing of the season, and he made the most of the occasion. With fifth place in the V4 category, he and Götschl notched up their best result of the year on the Nordschleife. However, a red flag before the end of the four-hour race put paid to Maggi’s hopes of a podium finish: the race stewards decided to terminate the seventh round of the VLN prematurely for safety reasons following an accident at Fuchsröhre. But despite that disappointment, Maggi has shown with his Top Five finish that he is a force to be reckoned with on the Nordschleife in the future. “This race was a good way to round off the season for me. With every single kilometre I drive on the Nordschleife, it gets more enjoyable. There is no other circuit in the world that has so many different challenges and confronts you with a different one on every lap. I don’t know if a racing driver can ever claim to have nothing more to learn there. In my case, I’m gaining experience with every metre, and I now hope that I can continue this process at the wheel of a GT3 car.”