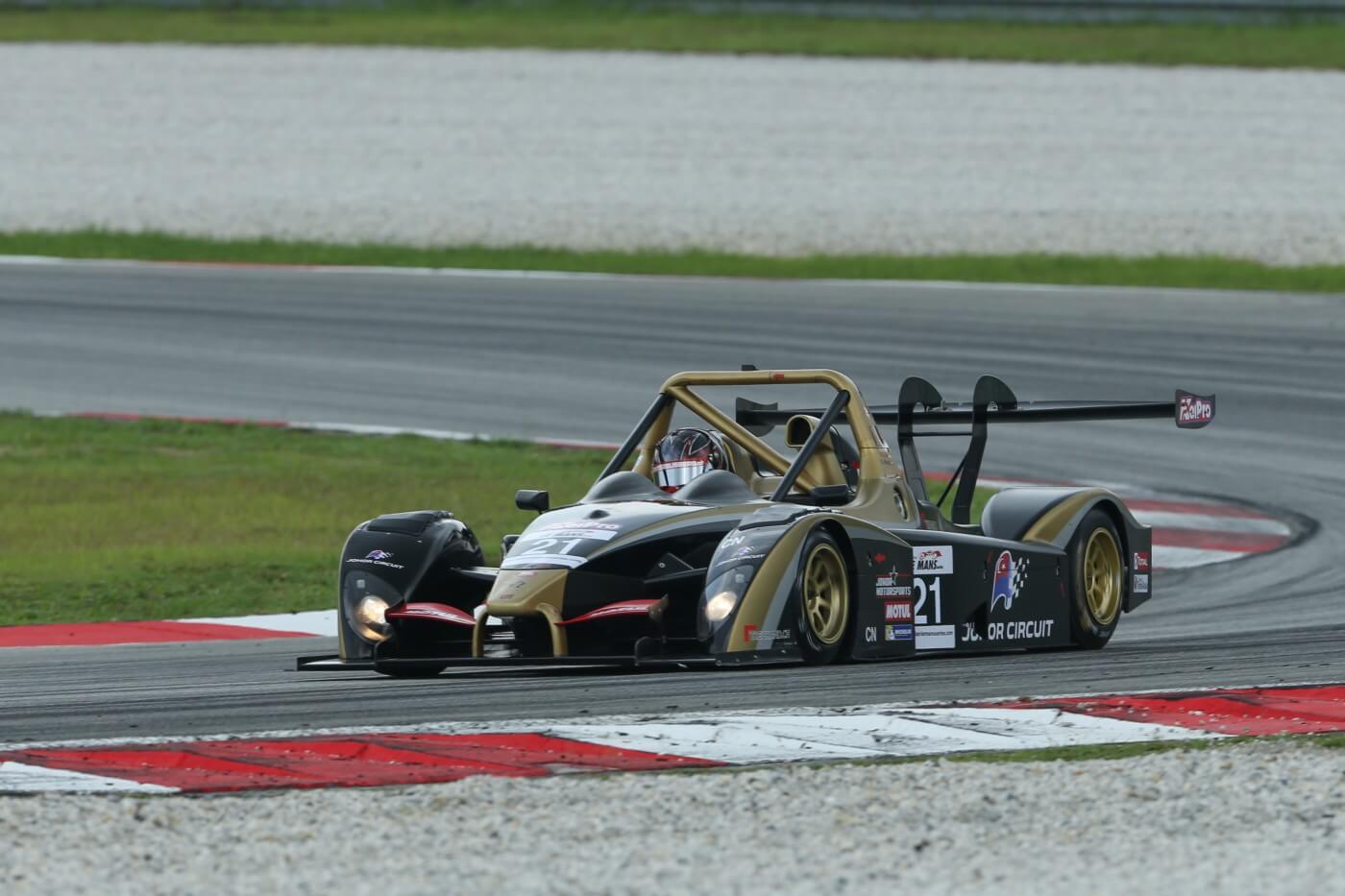 Heat, high humidity, new track, new team and a new challenge – Giorgio Maggi mastered them all perfectly. He secured the CN class win in the Asian Le Mans Series last weekend on his debut in the WOLF with the Avelon works team. Giorgio produced a strong performance in the WOLF 2-litre sports car during the 3-hour race on the Sepang Formula 1 track in Malaysia, finishing twelfth overall in a highly competitive field with many famous drivers.

Your first race in the Asian Le Mans Series and your first win. It could hardly have gone better…
Absolutely! It was a totally unique feeling to win on such a famous, spectacular racetrack as the Sepang International Circuit – and in my very first race! The race itself was a real thriller. We quickly overtook the pole-sitters from second place in our class and put quite a bit of time between them and us. Things got really exciting again shortly before the end of the three hours when a light drizzle started to fall. That can completely destroy your race, but fortunately, we got over the line and ultimately clinched victory in class. It’s difficult to put into words my relief and joy on the podium – simply indescribable!

The win is the crowning glory to a good weekend, but the previous sessions also went quite well for you.
Yes, that’s right. I had my first practice session in the car on Friday morning and immediately felt great – P7 is proof of that. Unfortunately, a faulty wheel nut worked loose a bit later, and the wheel finally got stuck under its housing. The car was slightly damaged, but our team did a really great job of fixing everything. We had to take things a little slower in second practice and bed in the brakes, so we only placed 15th. Still, we redressed the balance in qualifying on Saturday and secured second place on the grid in the CN class.

This was not just your first race in Sepang in the Asian Le Mans Series, but also your first ever with Team Avelon. How did you find working with them?
It went well. My team-mate Denis Lian and I quickly got used to one another. Unfortunately, our third works driver, Ivan Bellarosa, had to drop out for personal reasons. Obviously, that made things tricky in the race, because there was only the two of us driving, while most other teams had three drivers. Still, we made the best of it and did extremely well with a win in class. Once again, I would like to thank WOLF works team Avelon for a great weekend and their superb work.

You have previously only ever contested races in Europe. How did you cope with the tremendous heat and the physical challenge in Malaysia?
I worked intensively with specialists for several weeks in order to prepare myself physically and mentally for the enormous physical demands. However, actually being there and racing was a different kettle of fish. The heat and humidity were tremendous as soon as I got off the plane. It got worse over the weekend and the temperature of the asphalt at the track was around 50 degrees in qualifying on Saturday. However, it wasn’t a problem for me to concentrate on driving and always give 100 per cent thanks to my preparations and my physical fitness.

Your first race weekend went very quickly. What’s next?
Obviously, after such an incredible weekend, I would love to get back in the car and contest another race straightaway tomorrow, but I’ll be taking a short break to start with. I’ll then return to Switzerland and continue work on plans for next season, but I’ll be flying back to Asia shortly after the New Year for the second race weekend in the Asian Le Mans series which take place in Thailand on January 8th-10th, 2016. I can hardly wait to step on the gas again at the Buriram United International Circuit and achieve another top result, hopefully.