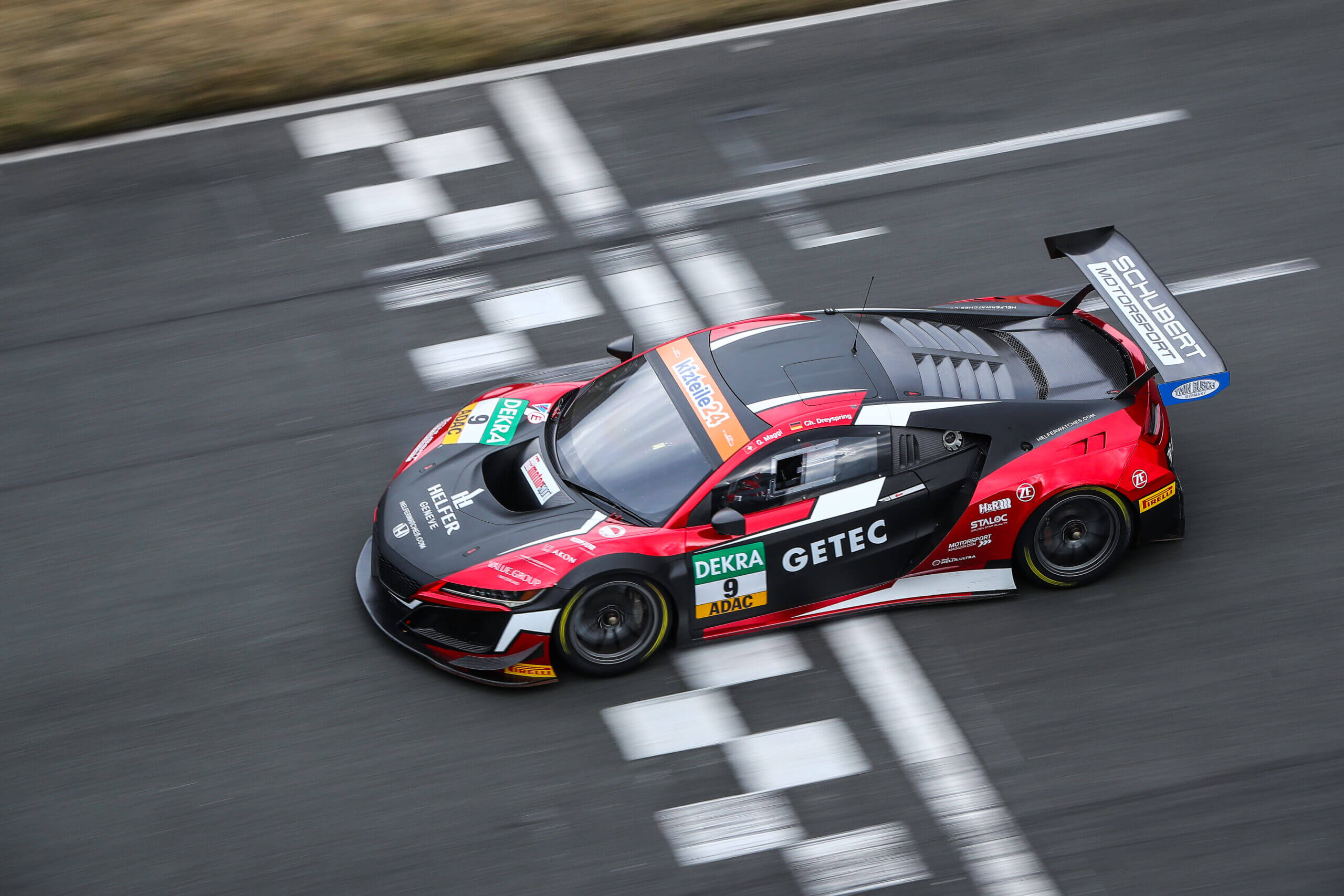 It’s all change for Giorgio Maggi in 2018. The Swiss 20-year-old will be competing in the ADAC GT Masters for the first time in his career. He and team-mate Christopher Dreyspring have been recruited by Schubert Motorsport to drive the brand-new Honda NSX GT3. Together, the two youngsters will be challenging for the title in the Junior classification of the Super Sports Car League.

Maggi made his debut in GT3 racing in the 2017 season, contesting the Blancpain GT Series and the Lamborghini Super Trofeo. He also competed in the RCN and VLN endurance series, securing his A Permit in the process, which allows him to drive GT3 cars on the Nürburgring-Nordschleife.

On the basis of all this experience, Maggi is now ready for the next challenge, as Schubert Motorsport become the first and only team in Europe to field a Honda NSX GT3, in this case in the ADAC GT Masters. The challenge faced by Maggi and co-driver Dreyspring is twofold: they are expected to help with the ongoing development of the car while making an impression in terms of results.

During the test drives in Aragon (Spain) and the official preseason tests in Oschersleben, Maggi had an early opportunity to accustom himself to his new vehicle. Oschersleben will also be hosting the ADAC GT Masters season opener (13th – 15th April). The teams and drivers then move on to Most in the Czech Republic for the second round two weeks later. This will be followed by the classic fixtures on the ADAC GT Masters calendar at the Red Bull Ring, Nürburgring, Zandvoort and Sachsenring. The grand finale will take place on the weekend of 21st – 23rd September at the Hockenheimring. This is the closest thing to a home race for Maggi whose home in Lucerne is ‘only’ 300 kilometres away.

The ADAC GT Masters weekends consist of two races, one on Saturday and one on Sunday. The cars have two drivers who each take the wheel for one of the two qualifying sessions and then start the respective race before handing over to their team-mate at the mandatory pit stop. All 14 races during the season will once again be shown live and in full on SPORT1, a free-to-air TV channel that is also available in Switzerland.

The test drives in the new Honda NSX GT3 are now complete. What impressions did you gain?
Switching from the Lamborghini to the Honda has gone really well for me. Both are mid-engined cars, and the handling and balance are similar. At the moment, I’m feeling really upbeat, because the Honda NSX GT3 is proving very reliable. It’s normal to have teething troubles early on, but apart from a few minor issues, everything has gone really well. The styling of the car is very aggressive, and I really like that. We are rookies in the ADAC GT Masters and also the only team in Europe fielding one of these cars. We attract admiring glances wherever we go and are regarded as an ‘exotic’ specimen.

How well are you settling in at Schubert Motorsport?
Since we only had a few test days together, we are still at the getting-to-know-you stage. So far, my impression has been 100% positive. Communication with the engineers and mechanics is very smooth. Everyone is very friendly and also highly professional in the way they work. We are all on the same wavelength as regards the further development of the Honda NSX GT3, and we share the same desire to be up there with the front-runners. I’ve also got off to a great start with my team-mate Christopher. We share a preference for the same setup with the car, so we should be in good harmony throughout the season.

You competed in Formel ADAC which took place in the context of the ADAC GT Masters weekends. Is that advantageous for you?
Absolutely! I know almost all the tracks on the calendar, which obviously has to be a big help. But because I’m now in a GT3 car, I’ll have to rethink the brake and steering points. It was especially good to be back in the familiar environment. I still know an incredible number of people from those days, and I seem to be saying “Hello again!” wherever I go in the paddock. During my time in ADAC Formula 4, I kept a close eye on what was happening in the ADAC GT Masters – and now here I am!

PrevPreviousIt’s full speed ahead for Giorgio Maggi even in the winter
NextSuccessful debut in ADAC GT Masters: Superb charge in second race at OscherslebenNext