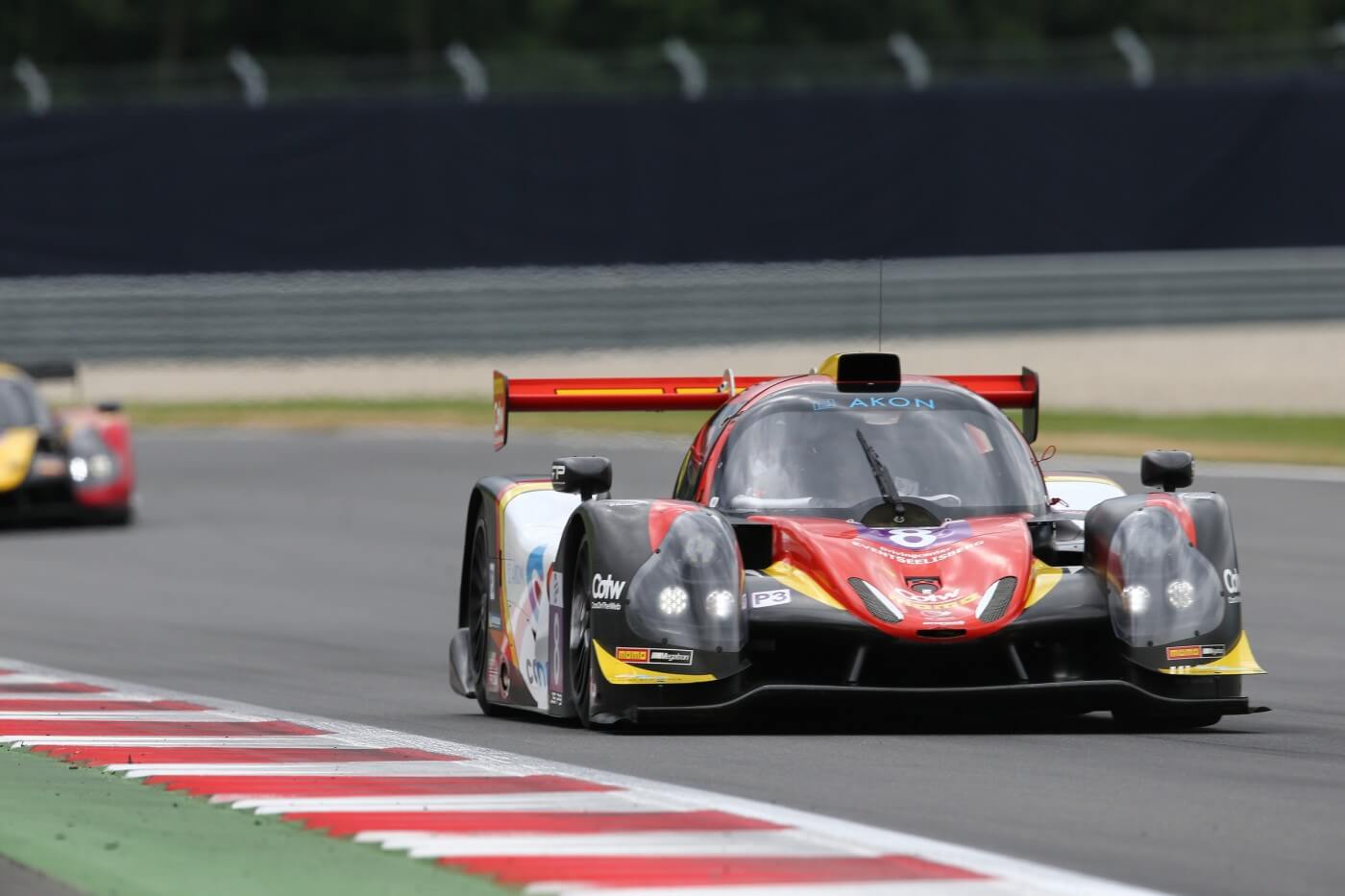 The fourth race weekend of the 2016 European Le Mans Series at the Red Bull Ring was full of ups and downs for Giorgio Maggi but came to a successful conclusion. While a degree of speed and consistency was lacking in practice, Saturday’s qualifying was tough initially for Giorgio Maggi and his Race Performance team. A technical defect on his Nissan Ligier JS P3 brought an early end to the race against the clock. Finishing 36th on the grid was not a true reflection of the pace that Maggi and his team actually could have achieved. The Swiss driver and his team-mates set their ambitions high as they lined up for Sunday’s race. And with success. Of the 38 racing cars in the field, Maggi crossed the finish line in sixth place in the hard-fought LMP3 class.

Giorgio, congratulations on a well-deserved 6th place in the LMP3 class. That was an impressive charge up the field by you and your team. How did the race go from your point of view?
It was excellent! My team-mate, Marcelo Marateotto, took the first stint and immediately pushed quite a way up the field. My stint also went very well. We all did a pretty good job, and our pit stops went smoothly. The car was quick as lightning. However, brake performance dropped off a bit towards the end of the race. The solution was simple for me. Just step on the throttle and attack the guys in front!

You posted the fastest race lap within your team. Even the TV commentator described your stint as impressive. How much does that mean to you?
Well, yes, setting the fastest lap is great for the ego, especially since my two team-mates, Marcello Marateotto and Bert Longin, are two very experienced, fast racing drivers. Still, what matters ultimately is the team result. That’s what all three of us are working towards, and it’s only by achieving decent results as a team that we can move forwards. Our teamwork has been excellent. I’m mega proud of it and am really looking forward to the season’s remaining three races.

You experienced an unwelcome setback in qualifying on Saturday. What happened exactly?
We had a drive shaft problem. We already had an idea about what was causing it, and I can say with some certainty that the aggressive kerbs at the Red Bull Ring were not to blame. We’ve run hard over kerbs at both Silverstone and Imola, and things went beautifully. What we call the ‘sausage’ kerbs at the Red Bull Ring can obviously do damage, but that only happens when you drive outside track limits.

A better grid position would certainly have been possible had that not happened, do you think?
Yes, definitely. We would even have been further up front in the race but for the issue. We could have easily made it into the Top Ten. It would also have made victory in the LMP3 class a possibility. However, I’m not bemoaning the fact that we didn’t secure an even better result. We as drivers have nothing to reproach ourselves with, because our performance was spot-on. Every team is plagued by gremlins at some point or other during the season, it was simply our turn to get caught out. For me, what counts is how we as a team dealt with the tricky situation that presented itself initially and what we achieved together in the end.

You can have another shot at battling for victory in class at Le Castellet (26th – 28th August). Do you think you may have some kind of advantage after testing there at the circuit earlier in March?
Not necessarily. We won’t be ahead of the other teams there, because it was an official test and everyone was at the track. Some have even been back again recently. Basically, I really like the circuit, because it’s very fast. All drivers find the last sector enormously challenging, as it’s technically very demanding, and it’s easy to be led into making a mistake. However, after going on our charge at the Red Bull Ring, I’m now confident that we can achieve a great deal provided the weekend goes smoothly. And that’s exactly what we intend to show in France!