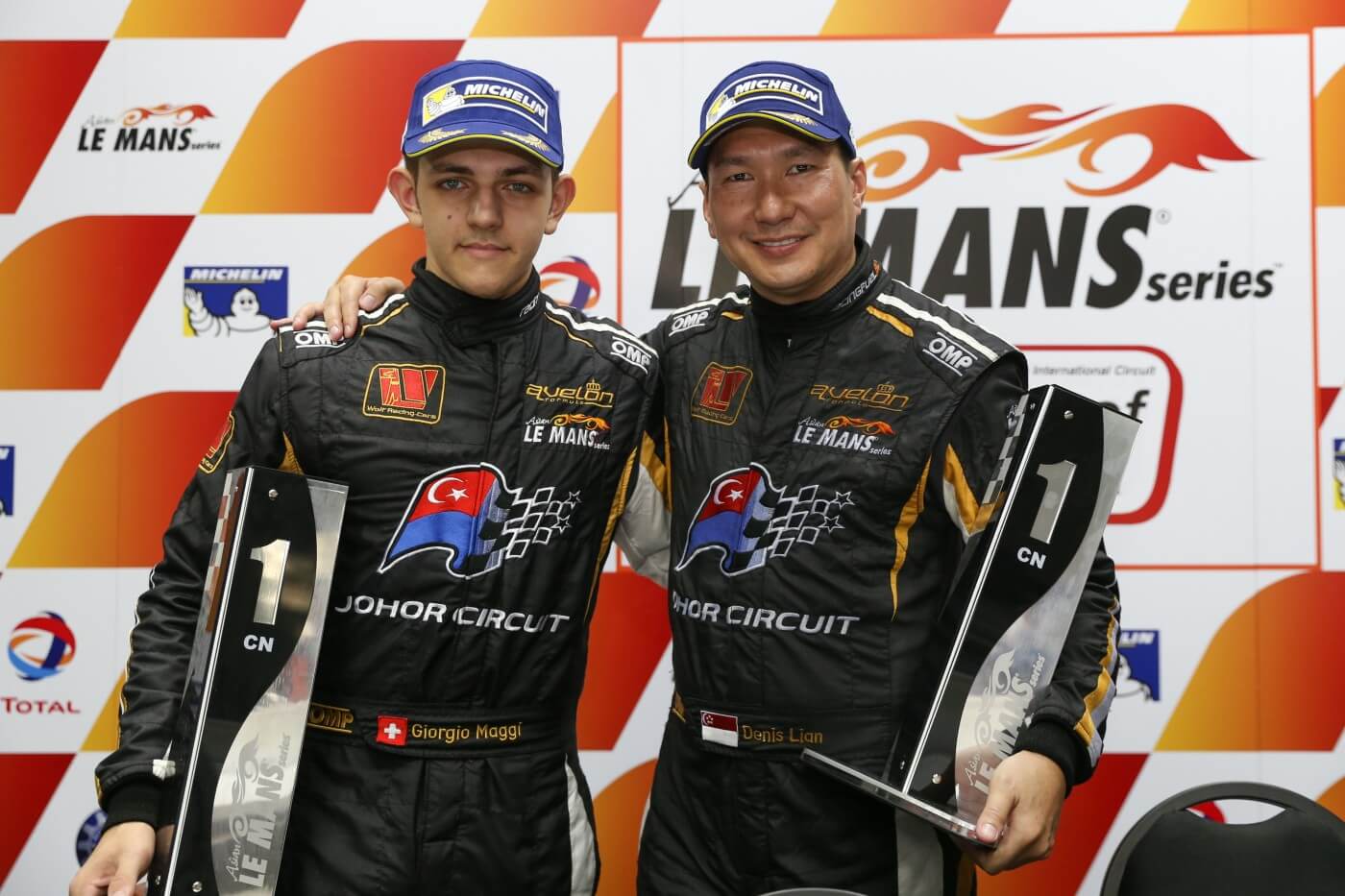 Mission accomplished: Giorgio Maggi finishes champion in the Asian Le Mans series. The Swiss driver secured victory in class in the season finale at the Formula 1 circuit in Malaysia together with team-mate Denis Lian, taking the CN class title with a lead of 30 points. Maggi and Lian also helped their outfit, Avelon Formula, win the team championship in this class.

Giorgio, congratulations on winning the championship! Can you put this success into words?
I’m just bouncing with joy at the moment. When I decided last year to line up in the Asian Le Mans series, it was mainly in order to gain experience and also to contest races over the winter. To now be heading back to Switzerland with the championship title in the bag is incredible, and this success makes me feel very proud. A big thank you obviously goes to my team, Avelon Formula, and to my team-mate Denis Lian. They made me really welcome right at the start and always supported me.

But the road to the championship was quite bumpy, especially in Malaysia…
Absolutely! The anxious wait began after we had to fight with the engine in Thailand and left without points. It was a back-to-back race, so the engine unit had to be changed within a week. Also, the gearbox needing rebuilding, which caused an additional problem. Our mechanics worked into the night until 2am but fortunately mastered the huge task, so we were able to line up for the first practice session. To make matters worse, I got an upset stomach. Still, any physical problems were forgotten as soon as I sat in the car, and I concentrated on driving. The car felt really great straightaway. We even secured pole position in the end, which was just terrific after such a tricky start to the week.

The race itself was also a tough nut to crack, but you mastered the challenge brilliantly with victory in class.
The two of us completed the entire 3-hour race together, as works driver Ivan Bellarosa was not in the line-up. It was a real challenge in temperatures of around 35 degrees, but we did not let that get to us and comfortably defended our pole position at the start. During the race, we even moved up one position in the overall standings. This race was made-to-order and the perfect way to end a great season.

You mentioned the heat in Asia. How did you cope with the change in climate during the season?
I must admit that it made me worry occasionally before the first race. I prepared myself especially for the physical and mental challenges ahead with the help of professionals, but then again, a proper race weekend is something completely different. This preparation was also very necessary, because these long races in temperatures of around 35 degrees can in no way be compared with my previous fixtures. Still, I mastered the challenge with proper training and by being really fit.

The season in Asia has now finished. Can you tell us how 2016 is set to continue for you?
I’ve had years of experience in formula racing and have now made my sports car debut. They are both great fun, and for that reason, I’m not going to make a hasty decision. The season was very long and exhausting, so I would first like to collect my thoughts. I think that I’ll make a definite decision in early February and will obviously make a public announcement once the contract has been signed.