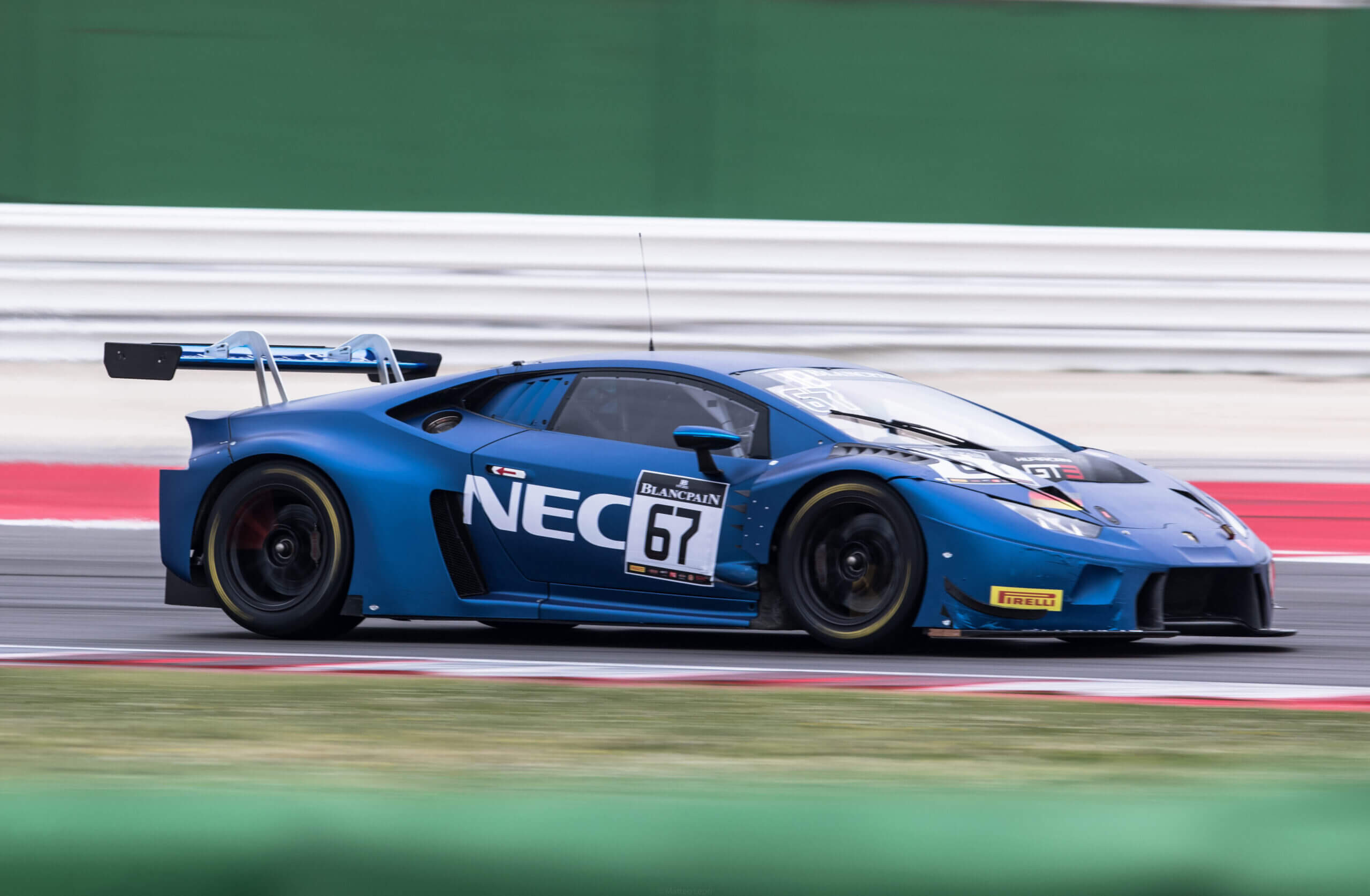 New challenge for Giorgio Maggi: After a successful winter campaign in the Asian Le Mans Series, the Swiss teenager will compete in the Endurance Cup of the Blancpain GT Series from 2017 onwards. Maggi is thus adding another chapter to his impressive CV. From now on, he will be indulging his passion for endurance racing in one of the world’s most prestigious GT championships.

Maggi will go into the five race weekends driving a Lamborghini Huracán GT3 entered by his new team, Attempto Racing. His strong performances in the past have attracted the attention of Lamborghini Squadra Corse. Dual Swiss-Italian nationality has encouraged the tradition-steeped Italian manufacturer to take him under their wing. He made his debut in the 500-horsepower super sports car in March, not only competing in the 12 Hours of Mugello but achieving a podium finish on his first ever GT outing.

In Attempto Racing, the Swiss youngster now has a highly experienced outfit behind him. The German team has already been active for several years in GT racing and has notched up its greatest successes in the Porsche brand cup competitions. For a number of years now, Attempto Racing have competed in the Blancpain GT Series and have put together a strong driver line-up for 2017. Maggi shares the cockpit of the Lamborghini Huracán GT3 with Dutchman Max van Splunteren and Adrian Zaugg from South Africa.

The Blancpain GT Series has established itself as one of the world’s most prestigious GT series and enters its fourth season in 2017. The field of contestants is one of the most professional and star-studded in the world of GT racing. On the five race weekends, around 45 cars from more than ten different manufacturers will be vying for the title on the world’s most challenging circuits, including Formula 1 tracks such as those in Monza and Maggi’s personal favourite, Spa-Francorchamps. Spa will be hosting its legendary 24-hour race on the weekend of 27th to 30th of July. The Ardennes roller-coaster event always pulls in massive crowds and receives extensive TV and print media coverage.

The Blancpain GT Series will stream all races live on its website at www.blancpain-gt-series.com. In addition, fans can avail themselves of a free smartphone app which is packed with information about the series, drivers and race fixtures. The iOS version can be downloaded from the iTunes Store and the Android version from the Google Store.

Giorgio, after your successful debut a few weeks ago in Misano, you now have your first full GT season ahead of you. How did that come about?
After a successful season in the Asian Le Mans Series, I decided to look for new challenges. In March, I got the opportunity to drive a Lamborghini Huracán GT3 for the first time in the 12 Hours of Mugello. To achieve a podium finish on my debut in the series obviously made me very proud. Apart from that, I was very impressed by the handling and the massive power of the Lamborghini Huracán GT3. It was already clear to me after my first ride in it that it was something I wanted to repeat.

Despite your young age, you have already gained a lot of experience in motorsport. How do you rate your chances in the Blancpain GT Series Endurance Cup?
The series has a great international reputation and has a high-calibre field of contestants. 2017 is therefore going to be a very special challenge for me. What’s important is that, in the Lamborghini Huracán GT3, we have a rocket of a car which will enable us to battle for good results. I am fully aware that this is going to be a hard-fought season. With the full factory backing of Lamborghini, though, my team-mates and I have a solid basis.

Giorgio, you are half Swiss and half Italian. Does that mean it’s a special honour for you to be competing in a Lamborghini?
Essentially, it’s important to me that I’m always driving the best possible car. And this year, my team is superbly equipped with the Lamborghini Huracán GT3. Being half Italian, it’s obviously a very special feeling for me to drive a Lamborghini. When I put in my first laps in the Lambo, it really felt like I was trying to tame a wild bull. The feeling you get at the wheel is impressive, while the power and the speed are indescribable. Taking the Huracán GT3 through Eau Rouge at Spa-Francorchamps is surely going to be one of the highlights of the year for me.